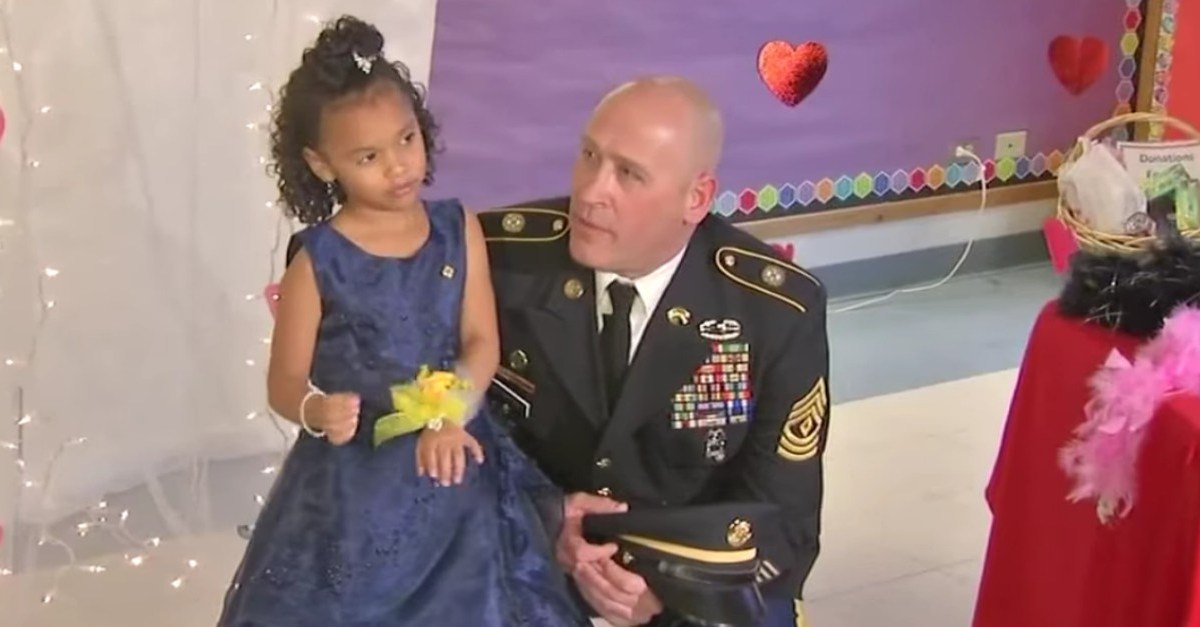 5-year-old Cayleigh Hinton had never met First Sergeant Joseph Bierbrodt until Wednesday night but he said stepping in for Cayleigh’s late father was something that “had to be done.” And so the two danced on what Cayleigh called “a very special day.”

According to an abc13 report, Cayleigh’s father, Sergeant Terrence Hinton, passed away on May 2017 in a military training accident in Hawaii.

Cayleigh’s mother asked if someone from the National Guard could take her to the school’s daddy-daughter dance and Bierbrodt saw his opportunity, according to the news outlet.

“It wasn’t even really a choice for me. I view it as an honor to be able to do this for her,” Bierbrodt said to abc13.

And so preparations were made, a limo was arranged – escorted by police, firefighters and the Patriot Guard, the two headed to Our Lady of Humility School in north suburban Beach Park.

Bierbrodt said to the news outlet he’s not much of a dancer, but Cayleigh had been practicing.

Bierbrodt has taken his own daughters to similar dances and it has been something Cayleigh’s father had talked about doing someday, according to abc13.

RELATED: The Rock shares a “daddy daughter moment” spent with daughter Jasmine and his goals for her future

“He’s definitely here in spirit. I heard Cayleigh talking to him while she was getting ready, and I have no doubt she has him with her tonight,” Cayleigh’s mother, said Jillian Hinton.

Bierbrodt said he did not know Cayleigh’s father but said he did want someone to do the same as he did for his daughters.

To watch the full coverage, scroll on below – courtesy of abc7.