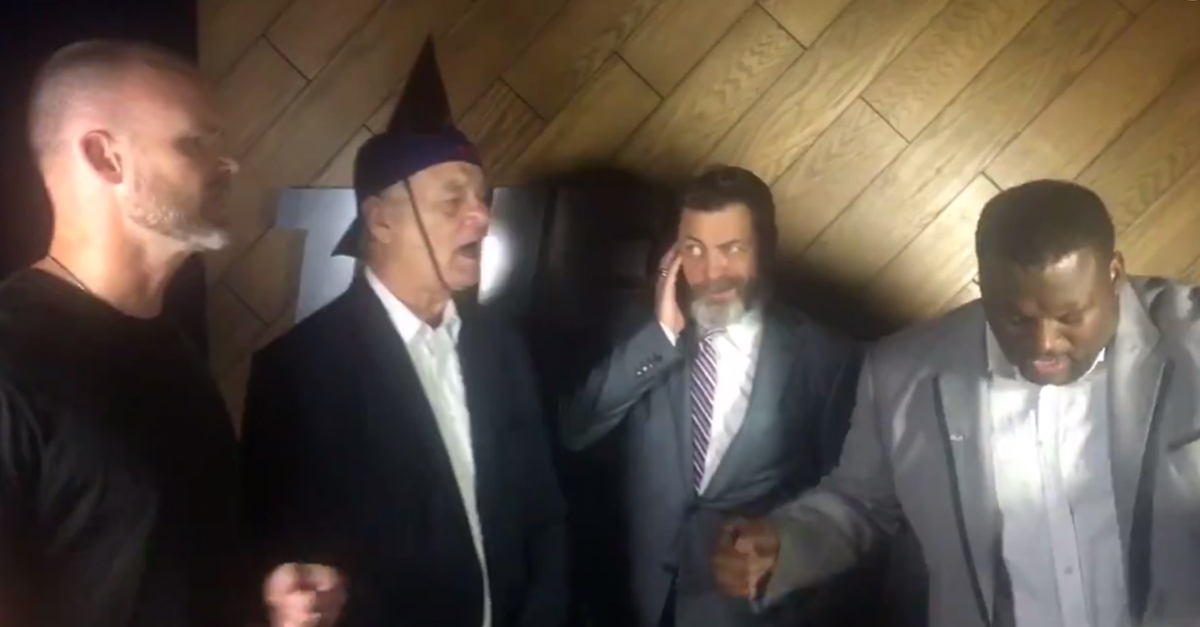 It was a Chicago party backstage at Wednesday night’s ESPY Awards.

The Chicago Cubs won the ESPY Award for “Best Moment” thanks to their World Series win in November.

The award was accepted by Bill Murray, with a surprise appearance from Grandpa Rossy (doing his DWTS ‘Magic Mike‘ routine), and the pair, along with Nick Offerman, toasted with champagne bottles:

The crew continued the party backstage with former Chicago Bears player, Anthony Adams. Together, they sang “Go, Cubs, Go,” bringing back all the memories from last season’s World Series win!