If you’ve ever wandered around the south end of Grant Park around the corner from Michigan and Roosevelt Avenues, you probably noticed a mysterious and ambiguous army of dozens of headless and armless iron bodies.

RELATED: Chicago’s Riverwalk just got a lot more en-deer-ing thanks to this new art installation

The art installation of 106 sculptures called “Agora,” referring to the ancient Greek term for “gathering place” or “assembly,” was created by Polish artist Magdalena Abakanowicz.

Spanning over 300 feet and in place since 2006, the statues may look similar in shape, but, upon closer inspection, the figures vary in the details.

At the time of unveiling, then-Mayor Daley commented on the symbolic nature of the sculptures, referring to immigration and the “I Will” spirit of Chicago, as well as the fast pace of life in the city.

As with other sculptures in Chi Town, like Calder’s “Flamingo” or “Dubuffet’s Monument With Standing Beast,” the installation is purposefully ambiguous and meant to be subject to personal interpretation.

Inspired by life in Poland still under Russia Communist control after WWII, the theme of headless figures in Abakanowicz’s work dates back to the 1970s, with the multiple pieces assembled together suggesting anonymity and the attempt to achieve individuality in society.

Abakanowicz was the recipient of the Herder Prize in 1979, the Leonardo da Vinci World Award of Arts in 1999 and, in 2005, she was honored with a Lifetime Achievement in Contemporary Sculpture Award from the International Sculpture Center, as well as many other awards and honors throughout her extensive career.

RELATED: Outdoor museums of Chicago are all around you, and even some natives don’t know about these hidden city treasures

Although she passed away earlier this year in Warsaw at the age of 86, there is no plan to remove the sculptures any time soon, as they are on permanent loan from the Polish Ministry of Culture.

While controversial or off-putting to some, Abakanowicz’s largest installation found a welcoming home in Chicago. 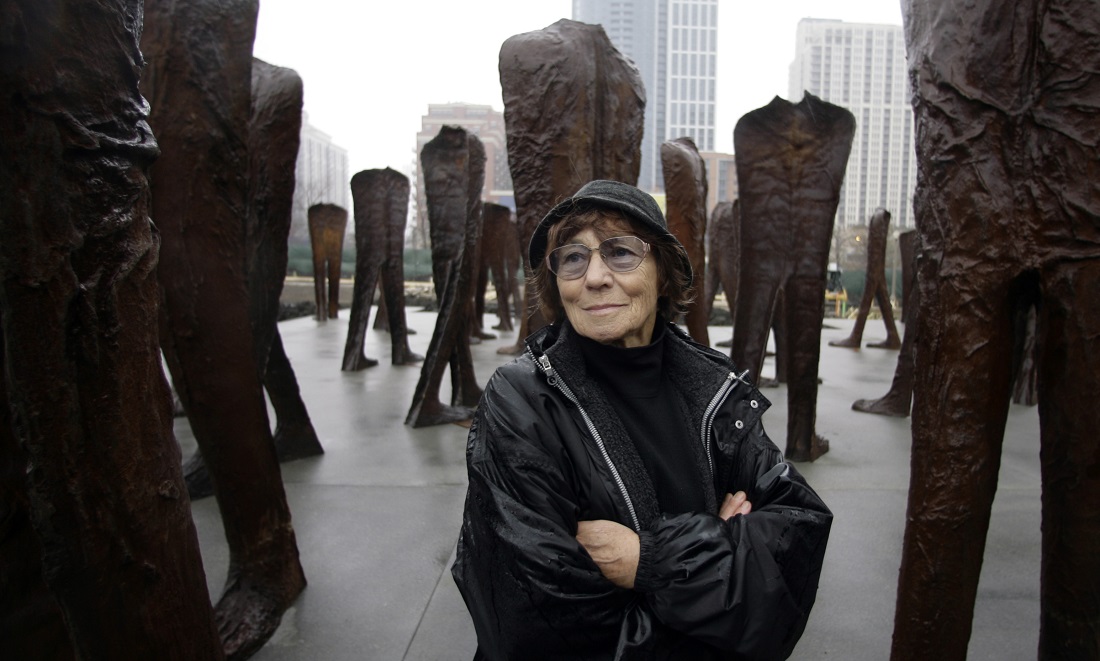