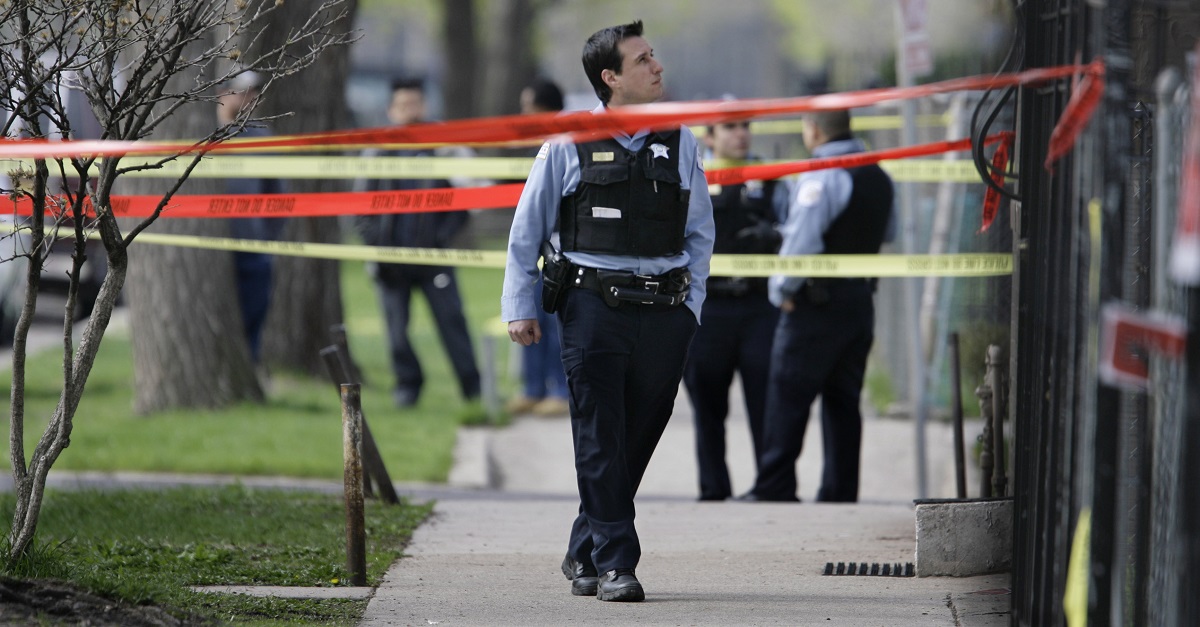 A botched robbery attempt Tuesday evening led to a fatal shooting. But it wasn’t one of the robbery victims that was shot: it was one of the perpetrators.

RELATED: These robbers messed with the wrong birthday party

Two men attempted to break into a home on the 2400 block of W Eastwood in Ravenswood just before 10 PM.

According to WGN, the attempted home invasion was stopped short when the two men saw multiple family members at the door.

One of the offenders fired shots to the porch and at the family, but he struck his accomplice in the head instead. The 43-year-old man,  who has not been identified, was pronounced dead at the scene.

The shooter then fled and although the police brought in a canine unit to help track him down, he still remains at large and no one is in custody at this time. Police are still investigating.

Nobody inside the home was hurt.

There have been a number of robberies and home invasions in the Wicker Park neighborhood lately as well.

RELATED: Man arrested for robbing banks, tells FBI gang members made him do it

Police request that anyone with information to contact Area North detectives at (312) 744-8263.