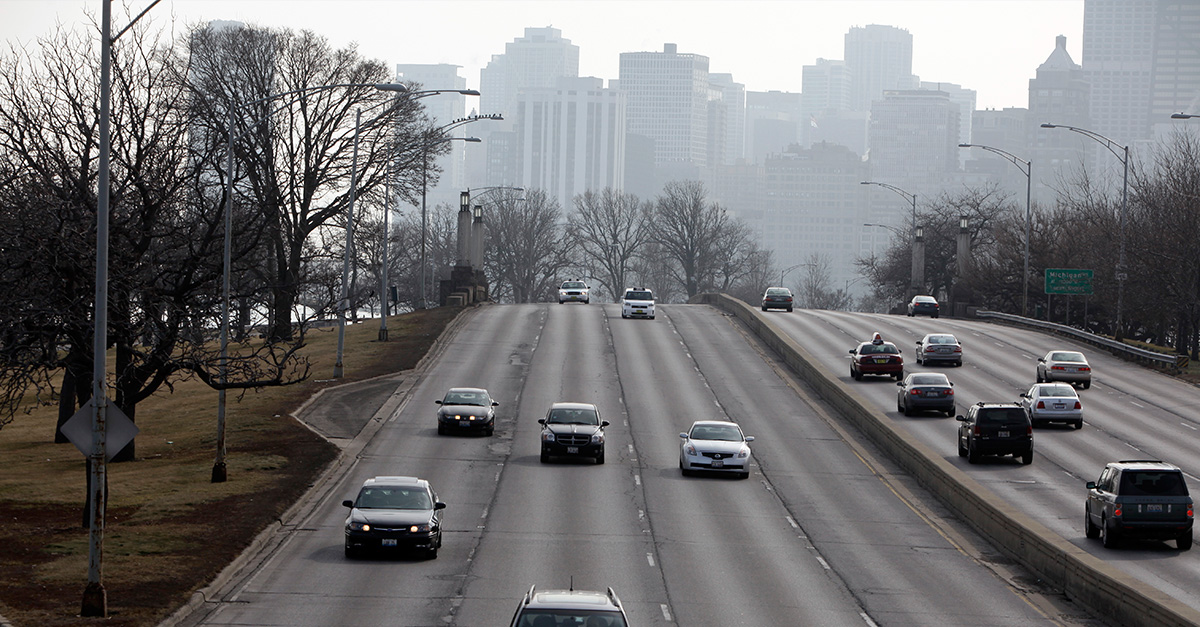 Traffic moves along smoothly on a stretch of Lake Shore Drive Wednesday, Feb. 1, 2012 in Chicago, where a blizzard of historic proportions wobbled an otherwise snow-tough Chicago on Feb. 1, 2011, stranding hundreds of drivers for up to 12 hours overnight. (AP Photo/Kiichiro Sato)

After police began escorting homeless people out of their shelters in the Lake Shore Drive area, a group of protestors blocked off part of the major street near Montrose Ave. Thursday morning.

Police said the demonstrators were protesting homelessness in general and many did not want to be removed from their tents and shelters, according to NBC News. Blocking part of Southbound Lake Shore Drive, as of 9 a.m. one lane of traffic was shut down while the two others remained moving.

The protest began when police were removing people from their shelters in what is known as one of the many “tent cities” found in Uptown. Protestors bore signs spreading messages of cries of help with one reading “Give us a home or leave us alone,” according to NBC News.

With signs and chanting, protestors expressed their displeasure with the housing situation in Chicago yelling things like “We want housing like everyone else.” Police continued to removed people from the tents, controlling the shut down on Lake Shore Drive.