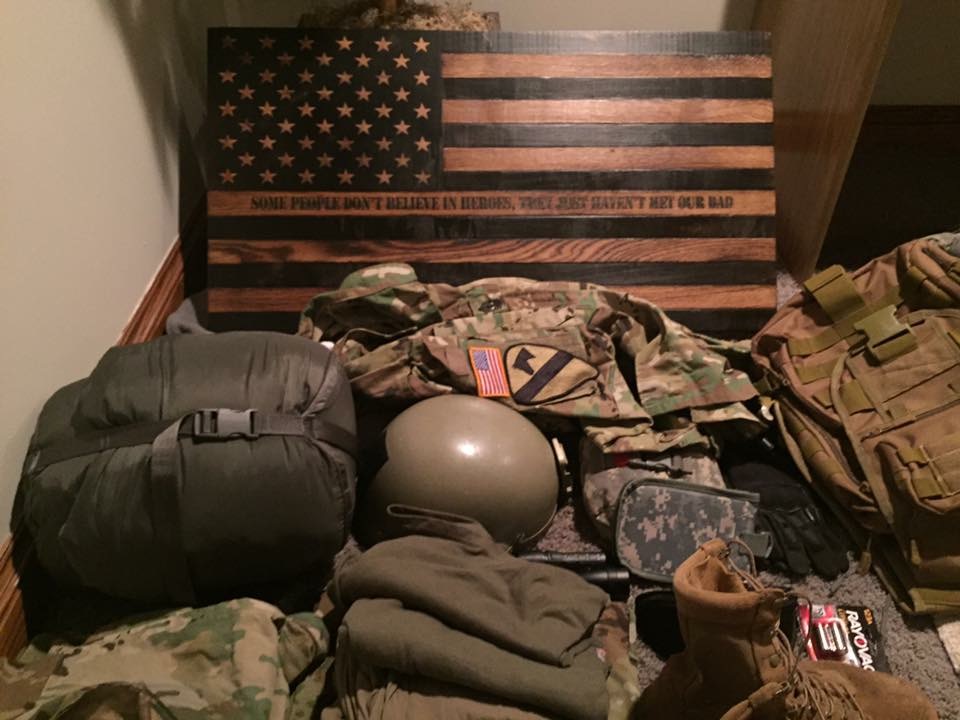 When Paul Zens and Matt Tallman enlisted in the National Guard neither of them expected to find a friend and business partner in the other, but their journey led them to found Fire for Effects, their ever-growing custom wooden flag business.

The business began roughly 13 months ago after the two came together to organize a Battalion Ball with prestigious guests of honor as part of their duties in the National Guard. Tallman volunteered to make each guest a custom flag and when Zens, who handles the business aspects of Fire for Effects, laid eyes on the gifts he immediately told Pallman he saw an opportunity.

“When [Matt] showed me the flags I was like, ‘Matt you can start a business with these flags,'” Zens told Rare Chicago. “He was pretty humble about it and kind of kicked it around but never really decided to take any action on it, but then when we presented the flags at the event a lot of people really liked them and they said the same thing I did.”

The two veterans set up their northern Illinois-based operation, along with Emi Tallman, Matt’s wife, who now handles digital proofs for customer approval as well as the software end of the business. Zens said being a three person show allows their business to pay special attention to each customer, making sure every flag is designed solely with the unique recipient in mind.

Still serving in the National Guard, Fire for Effects is a part time job that is quickly expanding far beyond what the men imagined it would. Orders can be placed through their website as well as their Facebook and Zens said they are beginning to partner with other online retailers as well.

RELATED: A servicewoman with hopes of becoming the first female Navy SEAL has hit a setback

“We like to have the capability to [donate products] so we’re not a big business making a ton of money because once we get a little ahead we start giving stuff away,” Zens said. “We like to give back as much as possible and it’s who we are and what we do and the stuff we do custom wise is just really awesome.”