Menu
Follow us
Search
Menu
Search
PORTLAND, OR - JUNE 04: Antifascist demonstrators burn a "blue lives matter" flag during a protest on June 4, 2017 in Portland, Oregon. A protest dubbed "Trump Free Speech" by organizers was met by a large contingent of counter-demonstrators who viewed the protest as a promotion racism. Many residents of Portland are still coming to terms with the recent violent attack on the city's MAX train line when Ricky Best, 53, and Taliesin Namkai-Meche, 23, were stabbed to death and Micah Fletcher,21, was severely injured after they tried to protect two teenage girls, one of whom was wearing a hijab, from being harassed with racial taunts by suspect Jeremy Christian. (Photo by Scott Olson/Getty Images)

Bryton Mellott was arrested on July 4, 2016 after posting a photo of himself burning an American flag to Facebook.

The Urbana Police Department arrested him, saying that they listed “Mellott as an offender of both flag desecration and disorderly conduct,” and that they took action in an attempt to prevent violence against him.

Mellott filed a lawsuit against the officers that arrested him, which was settled for a total of $35,000. He was represented in the case by the American Civil Liberties Union, who received $20,000 in the lawsuit, and Mellott received $15,000, according to WGN Chicago.

He was arrested under the Illinois flag desecration law, which has been deemed unconstitutional.

Flag burning is protected under the first amendment and the landmark supreme court case Texas v. Johnson where the court ruled that flag burning was “symbolic speech” and therefore legal.

RELATED: A teenage girl wants justice after police mistook her for a male suspect and punched her 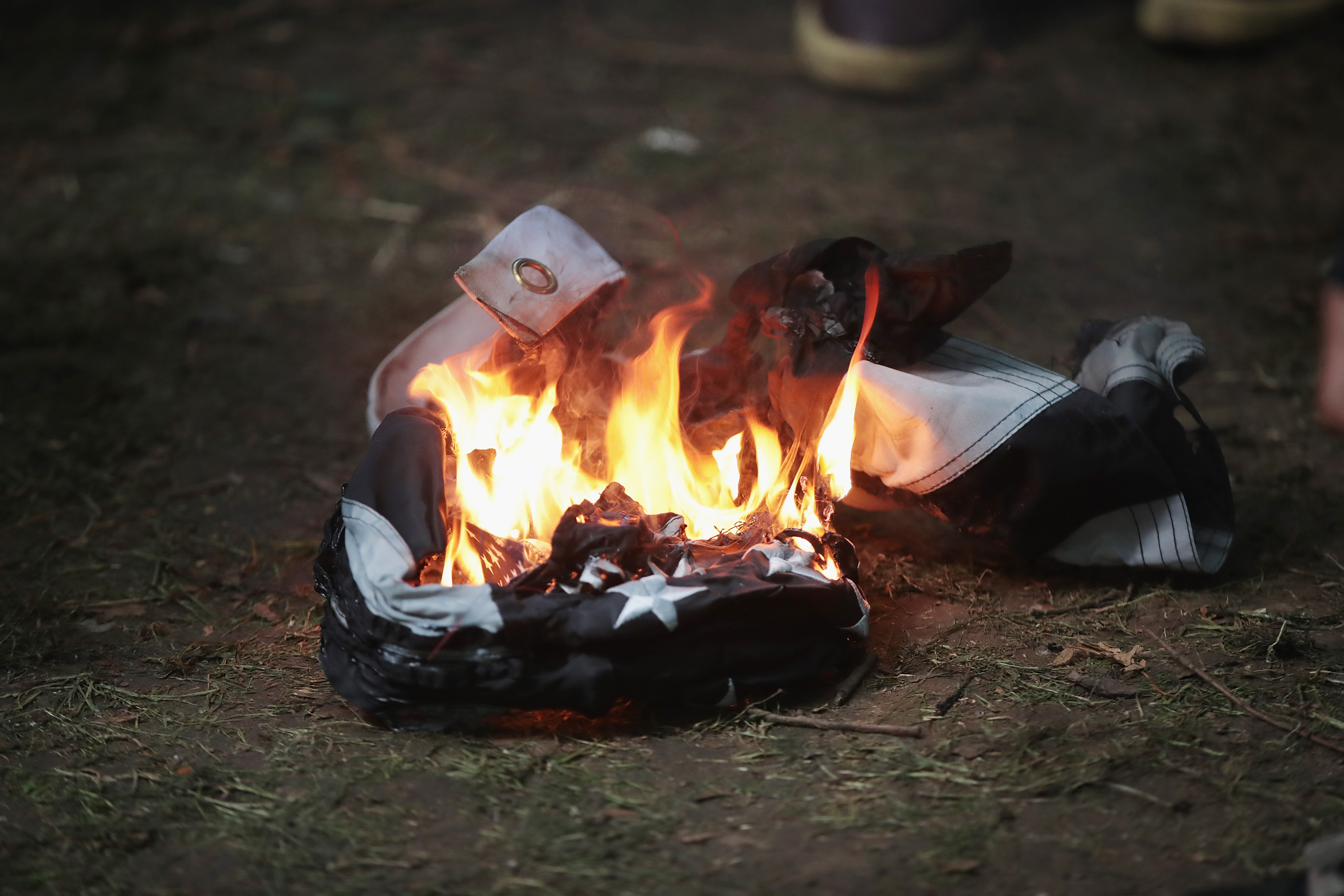