Illinois floods cause woman to be stranded on top of minivan 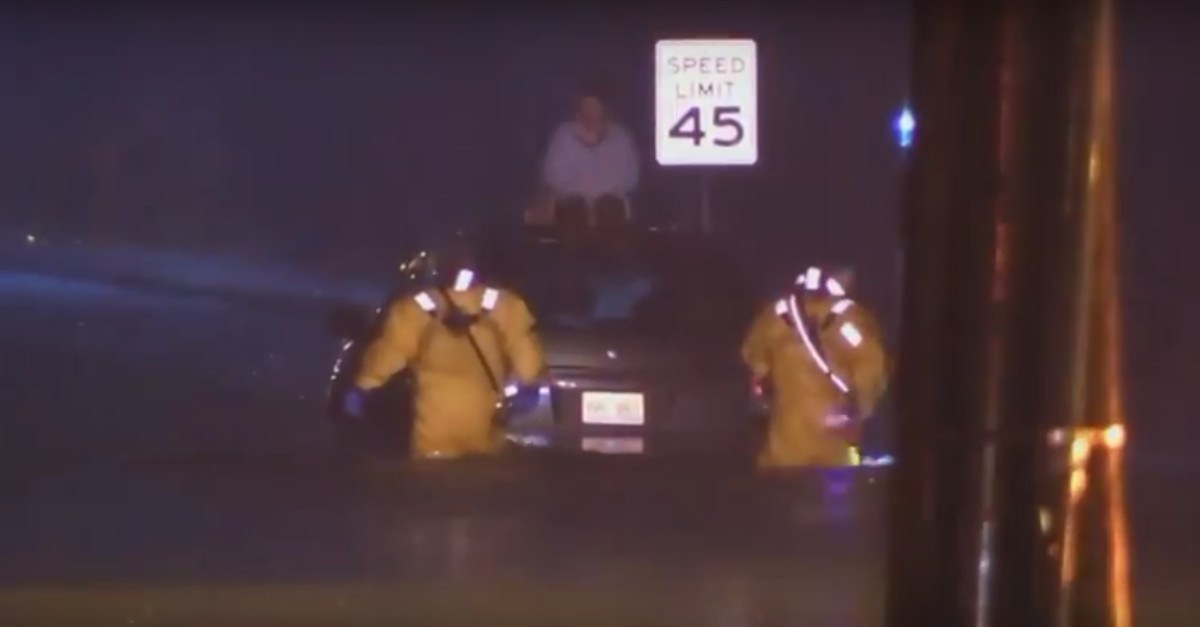 This week, a woman was rescued after her car was stranded due to flooding in Illinois.

According to The Epoch Times, the water rescue took place in a suburb of Chicago in Dolton, Illinois.

The woman attempted to drive through the water when her minivan stalled.

Until crews arrived, she was left on top of the van.

A car can potentially be swept off the road in 12 inches of moving water.

And attempting drive through water can stall the car?s engine as well as cause potential, irreparable damage.

According to the Epoch Times, if you see a flooded street, the best route to take – is one that is not flooded.

If your car has recently had water damage, scroll onto the video below to learn what to do next, courtesy of Scotty Kilmer.