Illinois kids under 12 could be banned from playing Tackle Football 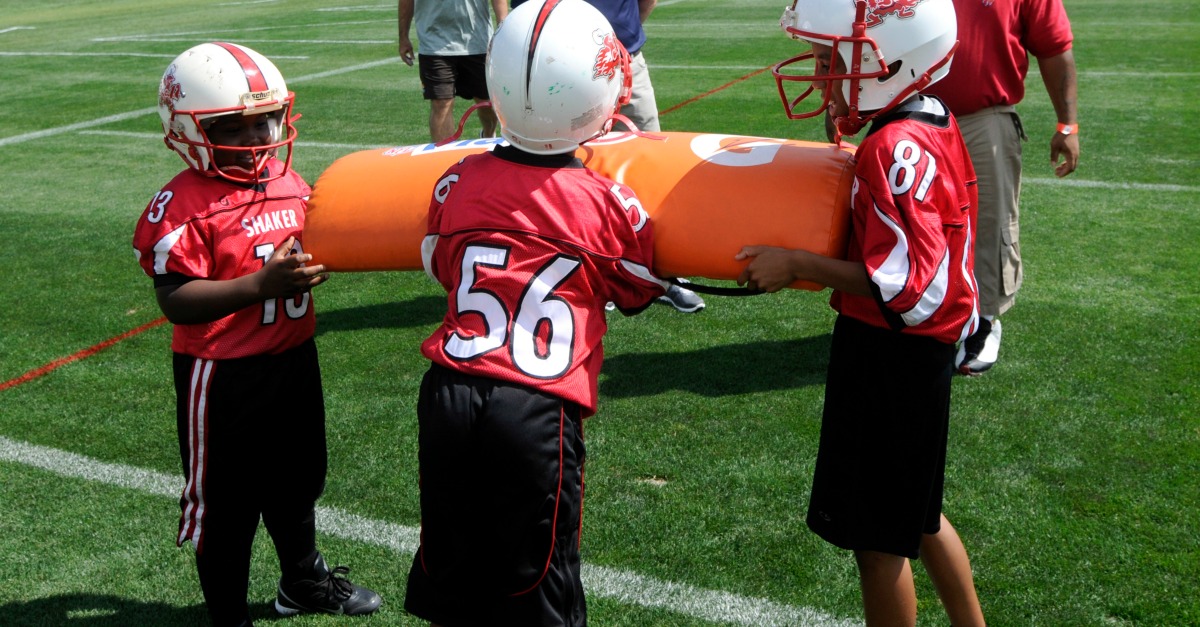 In Illinois, a proposed law was introduced which would call for a ban on tackle football for kids under 12.

According to an NBC5 report, a group of NFL players, local leaders as well as physicians are expected to introduce the Dave Duerson Act.

RELATED: One punch started a bench-clearing brawl at a high school football game

The new legislation is “aimed at reducing head injuries in football.” according to the news outlet.

Named after the former Bears player who took his own life in 2011, the player was found to have suffered from CTE, or chronic traumatic encephalopathy – a debilitating brain disease that has been linked to concussions and repeated blows to the head, according to NBC5.

RELATED: Ozzy Man?s NSFW play-by-play of kids playing football with mascots has us in tears

At the James R. Thompson Center in Chicago, Sente will be joining Duerson’s son, Tregg Duerson, former Bears players Mike Adamle and Otis Wilson, and the wife of former NFL player Gerry Sullivan, Liz Nicholson at a news conference, according to NBC.

To learn more about the proposed law, scroll on to watch below – courtesy of ABC7 Chicago.