The Illinois Governor Bruce Rauner says he “strongly disagrees” with NFL players protesting during the national anthem – and he has a message.

Rauner is a Republican, former businessman and is part owner of the Pittsburgh Steelers.

RELATED: The only Steelers player to stand for the national anthem just had a giant change of heart

During this past Sunday’s game in Chicago, all but one of the Steelers stayed in the locker room during the anthem in protest of President Donald Trump’s criticism of NFL players

On Monday, Rauner said in a statement that protestors are “disrespecting” the country’s foundations and veterans. Rauner says he “cannot and will not condone such behavior.” He also adds that players have the freedom of expression and can “choose to be disrespectful.”

Close to 200 players nationwide kneeled or sat during the anthem Sunday. Many owners and commissioners are appalled by Trump’s remarks. Trump’s original statement that set off anger across the nation at a rally in Alabama we included below:

“Wouldn’t you love to see one of these NFL owners, when somebody disrespects our flag, to say, ‘Get that son of a b—- off the field right now. Out,……he’s fired! He’s fired!” 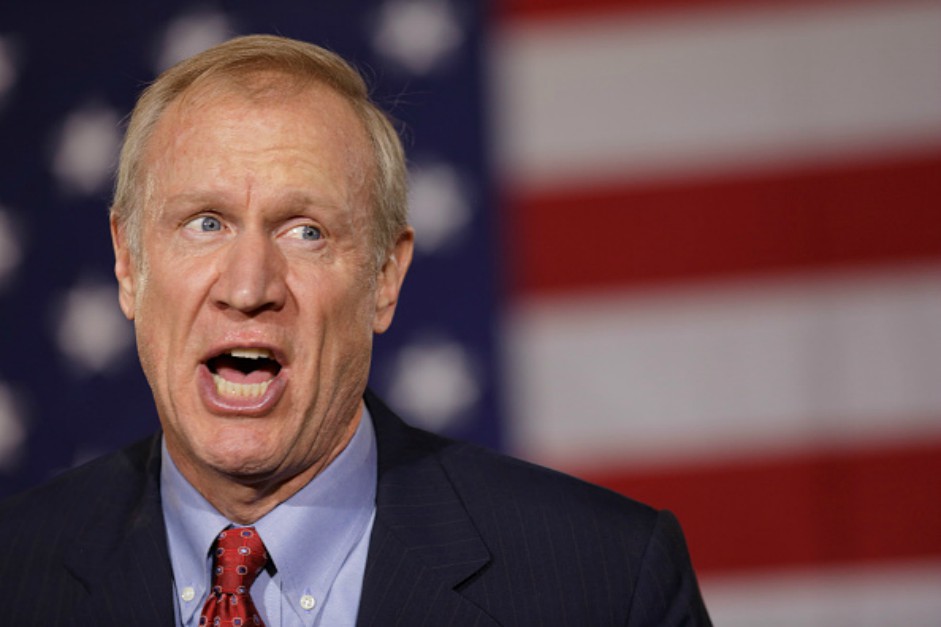