Menu
Follow us
Search
Menu
Search
A sign displays transit service information next to construction workers at a Chicago Transit Authority Red Line station in Chinatown on Saturday, April 26, 2008 in Chicago. Two people died and at least 21 others were injured when a semi-trailer truck ran into a CTA Red Line elevated train station shortly after 5 p.m. in Chinatown, on Friday, April 25, 2008 in Chicago. (AP Photo/Nam Y. Huh)

According to the CTA, a Red Line train has been evacuated at the Addison stop after a “white substance” was discovered this morning.

In a tweet from the CTA at 8:47 a.m. the transit service reported: “Red Line trains not stopping at Addison due to fire dept investigation.”

RELATED: Accused Red Line shooter was on parole for prior conviction

The CTA says white substance was found on a Red Line train at the Addison stop. All passengers on the entire train have been evacuated.

The CTA says the Red Line service will continue to operate but will bypass Addison due to the investigation.

A bus shuttle is available between Sheridan, Addison, and Belmont stations for alternate service.

More details to come, this is a developing story. 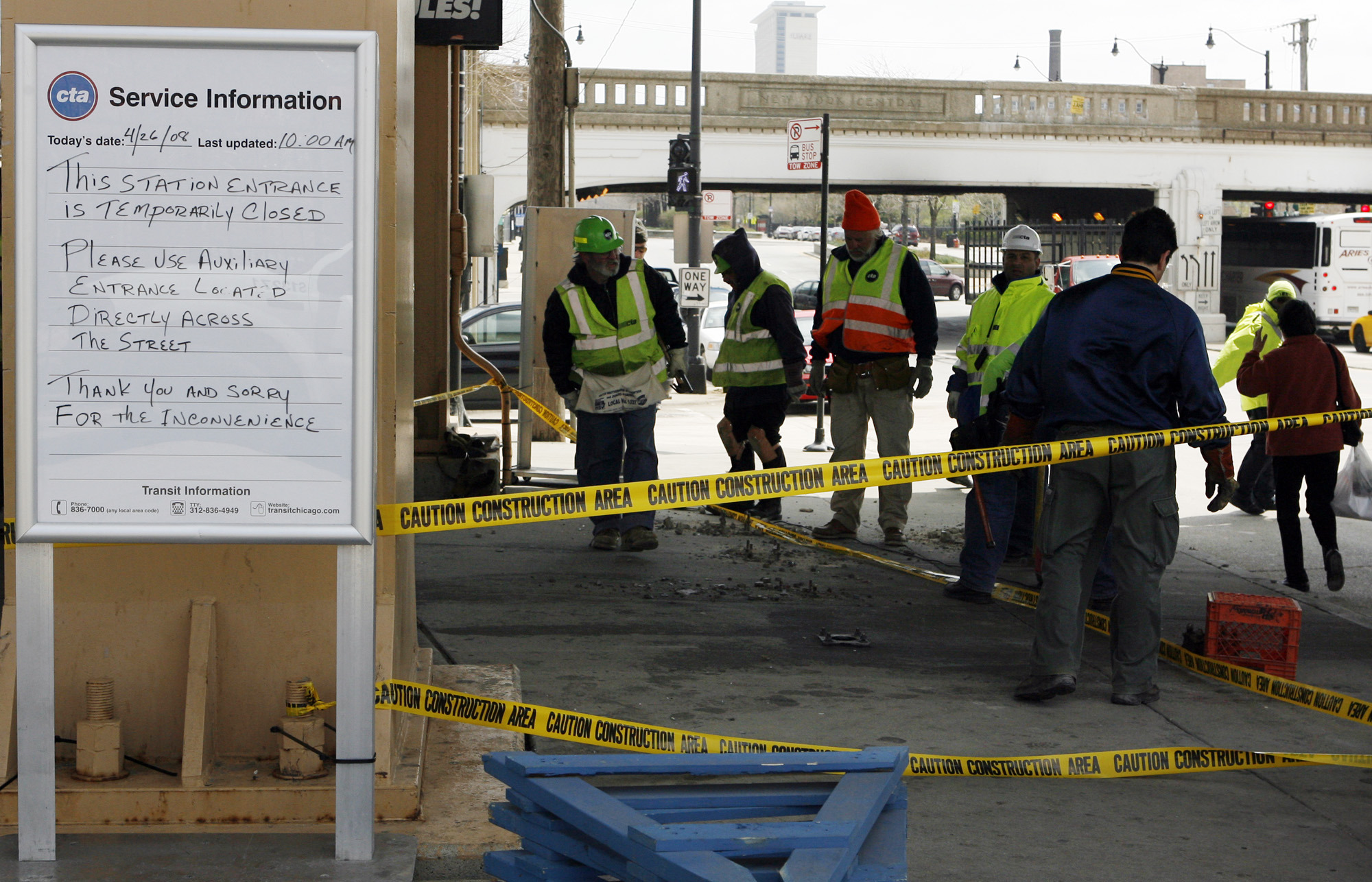