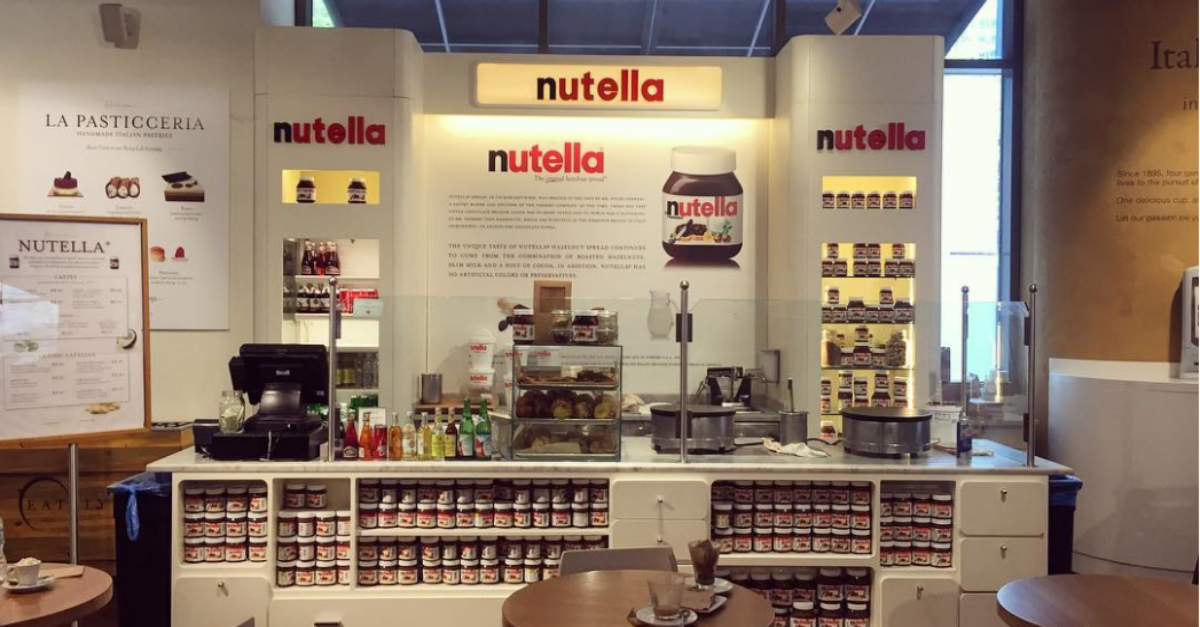 There are two types of people in this world: people who love Nutella and people without tastebuds. The Nutella counter at the Chicago Eataly hub has enjoyed fabulous success, and the company has decided to erect their flagship “Nutella Cafe” in Chicago, just across from Millennium Park Plaza, on May 31.

RELATED: An Italian deli institution of Chicago is sadly shutting its doors after nearly 70 years

A representative from Nutella told Chicago Eater that the bar will be “the first to truly capture the essence of the Nutella brand — not just in the dishes that’ll be served, but in the full experience.” The cafe will be two levels and will branch out from the bar at Eataly. In addition to Nutella products, the location will serve soups, salads and paninis. The Chicago Nutella Cafe will also serve breakfast, lunch and dinner, and will even offer espresso!

While Chicago will have the world’s first “Nutella Cafe,” the company has similar locations all over the world, including a shop in Palestine and kiosks in Sao Paulo. According to their website, Nutella originated in 1946 when a shortage of cocoa supplies (following the second World War) caused an inventive pastry maker in Italy to begin using hazelnuts in his spreads. Today the company is worth billions of dollars.