Chicago Cubs pitcher Jake Arrieta walked off the mound at Wrigley Field last week and tipped his cap for his booming fans, knowing it may have been his last.

RELATED: Did pitcher Jake Arrieta just play his last game for the Cubs?

After the season, Arrieta will be a free agent and economics could determine whether the vet right-hander will be pitching for another team in 2018. Following Joe Maddon’s request to be pulled in favor of Brian Duensing, Arrieta walked off the mound. He admitted that a dark thought lurked in the back of his mind: did he just throw his last pitch for the Cubs?

Arrieta’s future with the Cubs remain unclear as he heads for free agency this winter, but it is likely his time in Chicago may not last much longer. There are other signs that point to Arrieta’s departure.

One of them being that the house he and his family were renting just hit the market for $1.8 million.

According to The Chicago Tribune, the neighborhood appears to be a favorite among Cubs pitchers. The six-bedroom, 5,000-square-foot home in the Graceland West part of Chicago’s Lakeview neighborhood, apparently their lease ended a few weeks ago.

Should you have the extra cash floating around, your neighbor would be none other than fellow Cubs pitcher Jon Lester, who reportedly bought a house there in 2014.

According to his wife’s Twitter, they were planning to move out, “no matter what happens.”

Some of the main features include a massive eat-in kitchen, a “spa-style master suite” and even a rooftop deck. 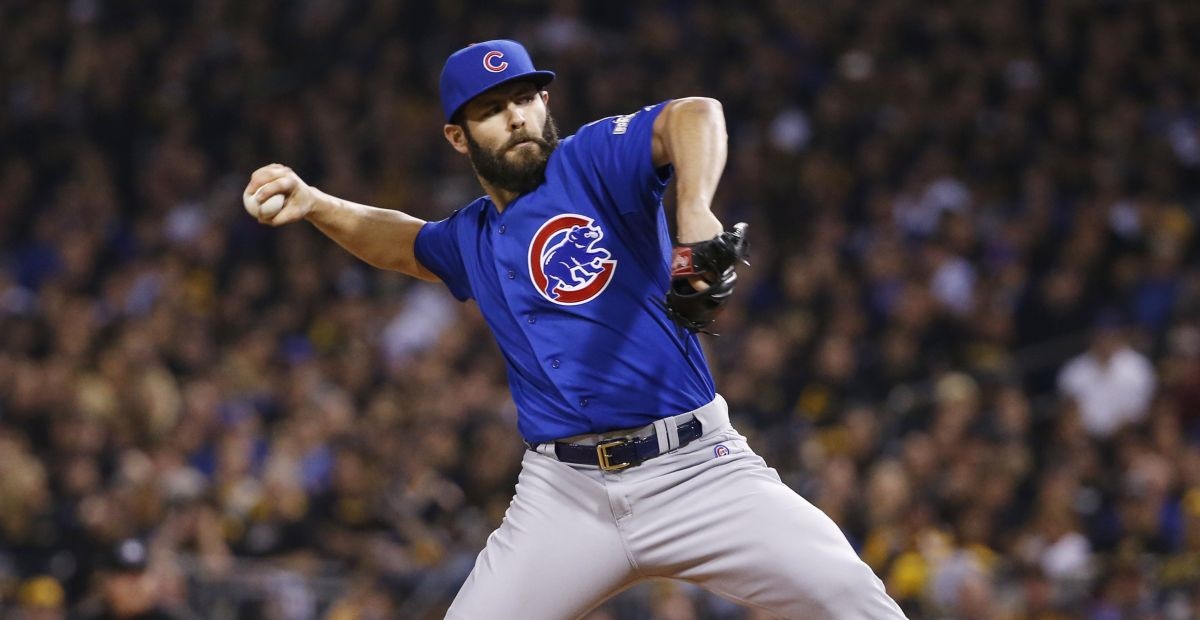