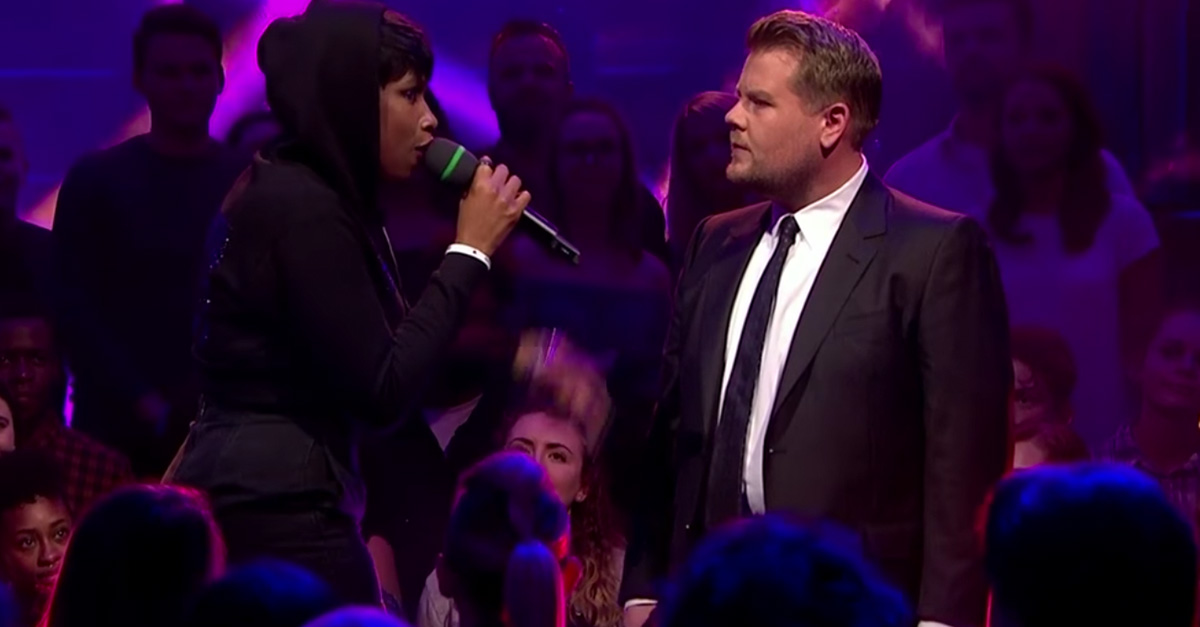 Chicago-native Jennifer Hudson has had an impressive career since getting her start on “American Idol.” She put her skills to the test this week with British late night show host James Corden on his show “The Late Late Show.”

The two battled it out in a game called “Drop the Mic,” where they exchange rap lyrics dissing each other, hoping to out do one another at each exchange.

RELATED: Jennifer Hudson and Ariana Grande?s duet from ?Hairspray Live!? is the one thing people can?t stop talking about

“So basically tonight, I’m confused at what I’m doing. I’m battling a woman who’s famous for losing,” Corden he says. “You won an Oscar for ‘Dream Girls,’ I get it. No one remembers you in that film because Beyonce is in it.”

Hudson had her shot to fire back:

Now now more fat jokes, ’cause it’s below the belt, I mean it though, but you can’t see it though, just like your penis…ohhhhh

The exchange continues, getting a little bit meaner and more scathing by the verse.

Naturally, the crowd elects that Jennifer Hudson is the winner of this battle.