The annual Thanksmas got underway Wednesday afternoon at Catholic Charities in North LaSalle.

With the Cubs convention this weekend and spring training just over a month away, Maddon’s dinner is setting the mood for the spring, something to keep his players sharp not only in the spring but for the long baseball season.

The 2015 Cubs, in Maddon’s first year at the helm, shocked the baseball world by advancing to the National League championship series, getting swept by the Mets. Coming back hungry in 2016, the Cubs won the franchise’s first World Series since 1908.

At his dinner, the media swept in and asked Maddon all about what’s coming for the 2018 Cubs’ season:

Maddon held a strong fort and did not give any updates on Jake Arrieta. He said he’s not recruiting and leaving in the hands of Theo Epstein and Jed Hoyer.

Yes, we are all excited about what’s to come for our Cubs but it seemed people forgot that the Maddon and wife Jaye prepared and served home-cooked Italian meals to more than 150 homeless men and women! Which, by the way, is something he has been doing since before the Cubs’ epic win in 2016.

The other Cubs coaches joined in to help Maddon as the event raises awareness for Chicago’s homeless community, and they handled the whole thing as he was interviewed by reporters. He started the event 11 years ago and still holds dinners in Tampa and his hometown in Pennsylvania. 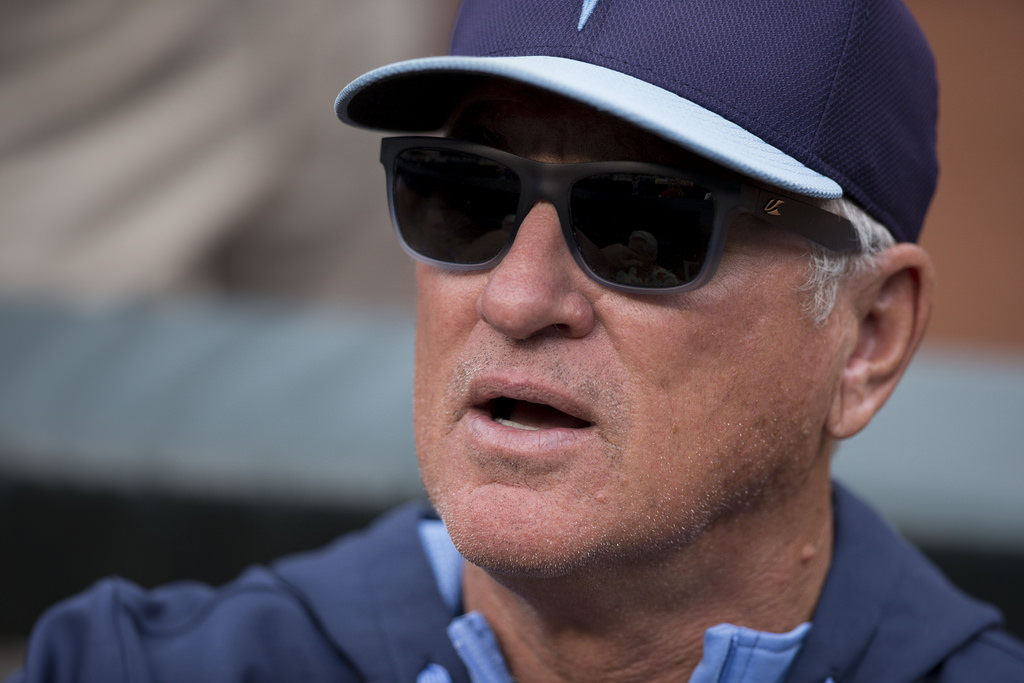