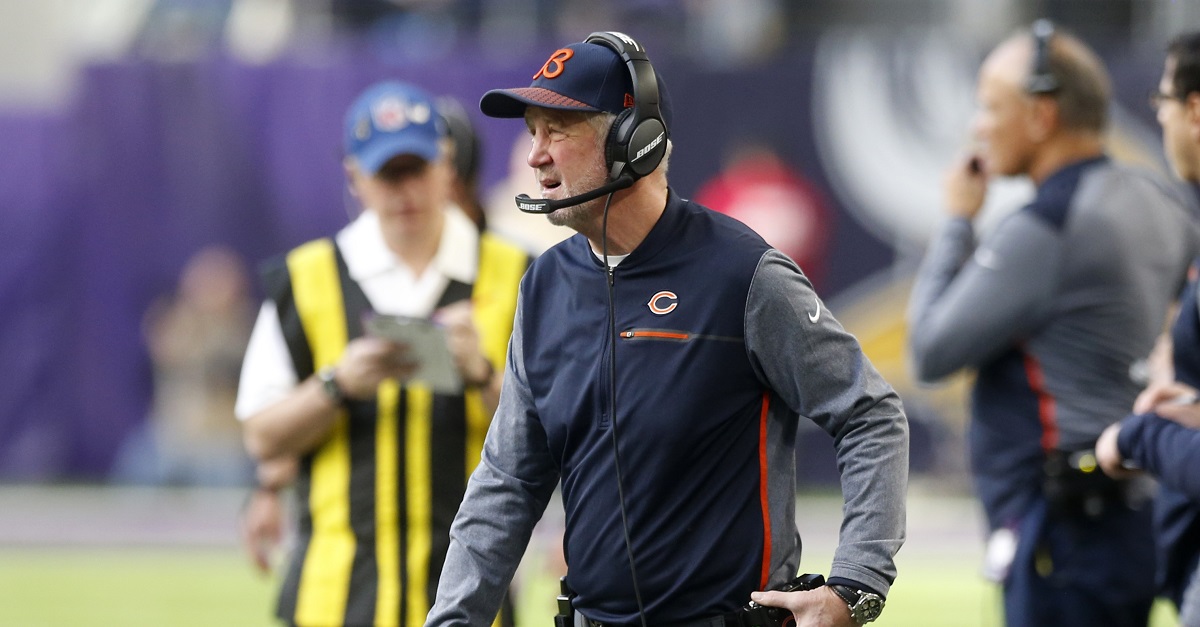 AP Photo/Jim Mone
Chicago Bears head coach John Fox watches from the sideline during the first half of an NFL football game against the Minnesota Vikings, Sunday, Dec. 31, 2017, in Minneapolis. (AP Photo/Jim Mone)

After three disappointing seasons in a row, the Chicago Bears fired head coach John Fox at the beginning of this year. He was quickly replaced by former Kansas City Chiefs offensive coordinator Matt Nagy.

Fox has now spoken publicly for the first time since he was fired. He is optimistic that the team was heading in the right direction, even after three straight losing seasons.

“I do think it’s closer than people think,” Fox told NBC Sports Chicago. “We inherited a mess… but I felt we were on the brink at the end.” But now the ball’s in Nagy’s hands.

Nagy got his start behind the scenes working for the Philadelphia Eagles in 2008 as an intern. He moved to the Chiefs’ organization in 2013 as quarterbacks coach and became offensive coordinator just last season.

The Bears are hoping that Nagy can turn around what have a few less-than-exciting years under Fox. He only completed three seasons out of a four year deal with records of 6-10 in 2015, 3-13 in 2016, and 5-11 last season.

Fox was previously the head coach for the Denver Broncos, where the team finished first in their division for four years in a row.

One of the issues Fox encountered was starting with a fresh staff: after the previous coach Mark Trestman was fired, most of his staff went along with him. Most of the coaching staff that worked with Fox will remain under Nagy.

RELATED: Feeling nostalgic? It’s been 32 years since the Chicago Bears did this

“You wish some things would’ve happened differently obviously,” Fox said, “but there was a lot positive that happened.”

“It would’ve been nice to see it through. That’s kind of a bitter pill but you sort things out and move forward.”