Jon Lester on Contreras for NSFW comments: “He didn’t really say that” 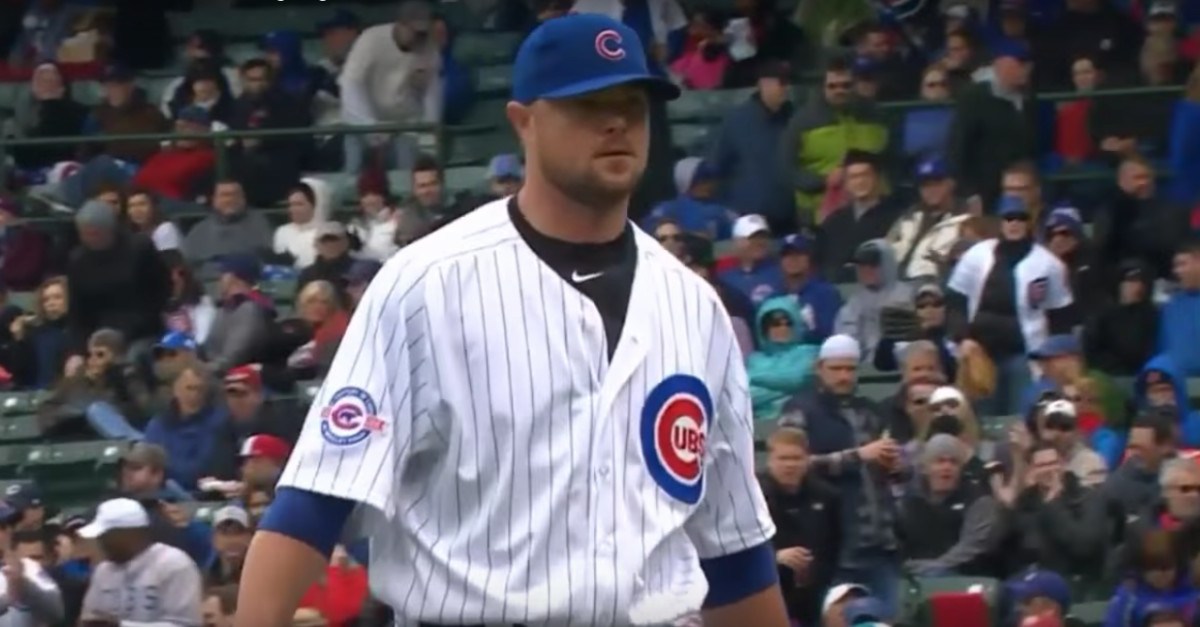 Chicago Cubs pitcher Jon Lester is a ‘take everything with a grain of salt’ type when it comes to who said what.

According to 12UP at the team’s convention – Lester was showed a video of Willson Contreras talking about the exchange between what was said after Lester picked off a runner last season.

Lester said to NBC as the video played on “He didn’t really say that.”

He continued saying “I doubt he’s afraid to say anything to anybody.”

Lester then began to chuckle, as even the thought of a young player like Contreras saying something like that to a savvy veteran like Lester was comical but Lester, thankfully, was a good sport about it.