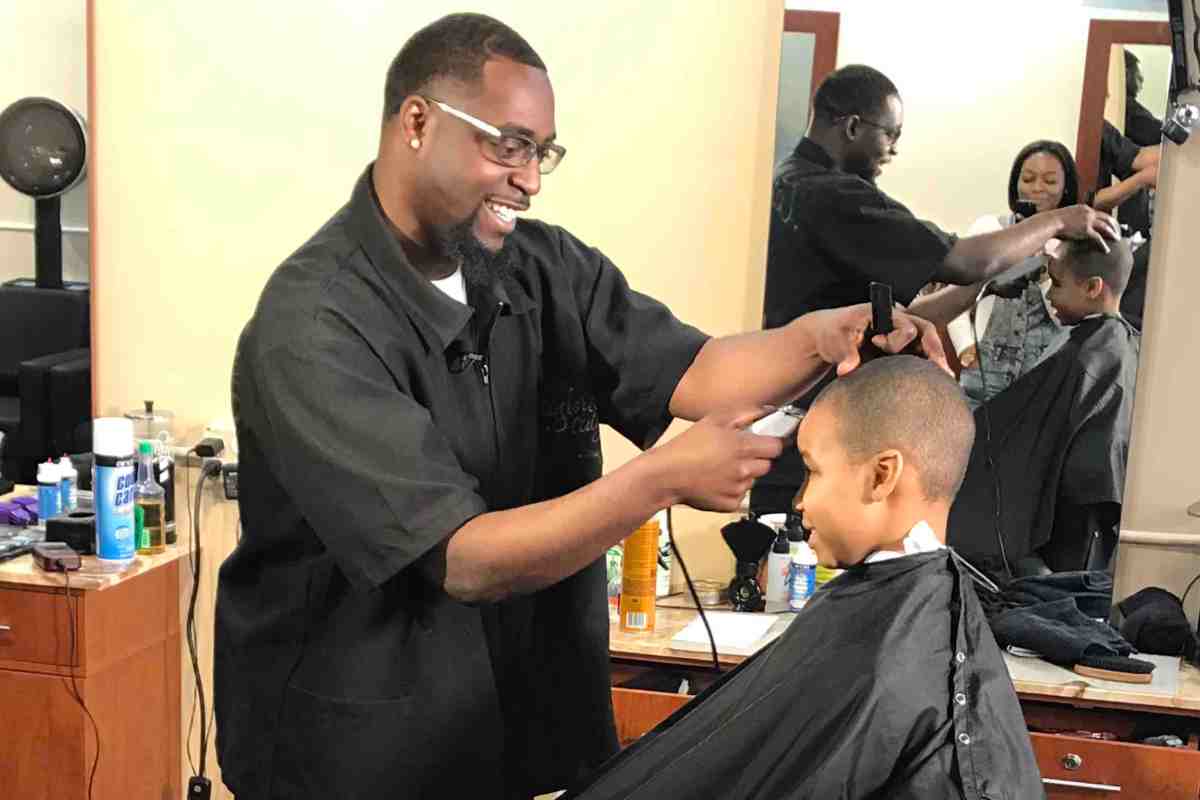 A boy’s first trip to the barber shop can often mean a lot of things, but with the economy failing many families cannot afford to send their boys in for haircut, leading one South Side barber to take matters into his own hands.

Local barber Tyree Taylor, of Stylz811 barbershop on 79 St., has decided to take it upon himself to offer ten free haircuts every week, according to WGN. Taylor has dubbed his program “10smiles1love” and said he understands the bullying kids face when their lack of a haircut may tell peers their family is struggling.

Since the program began, he has taken his tools to give dozens of haircuts, leaving kids smiling wide and leaving him with a new style sure to deliver confidence to each boy. He said he hopes his acts of kindness will inspire others in the neighborhood to question what more they can be doing for the community to create a kinder environment.

” [The] 10Smiles1love campaign has been created to give back to the community in hopes of starting a movement that will acknowledge the power that barbers have in creating positive change in our community,” according to the projects GoFundMe page created by Taylor. “A barber can virtually be anything you need for as long as you need! We strongly believe a barber can be a valuable leverage in the community because of his or her ability to step in and serve as a big brother, coach, counselor, father figure, mentor or trusted friend.”

Since posting the GoFundMe page 22 days ago, Taylor has already received $850 out of his $15,000 goal. Donations for the campaign will help Taylor to pursue his master’s degree at DePaul University, a journey he hopes to begin in the spring of 2018.

While the focus seems to be on troubled kids, the program also provides free cuts to unemployed, low-income or homeless adults as well as men, women and children whose families cannot afford bi-monthly haircuts. Taylor plans to run the program for a full year and those interested and who qualify are encouraged to stop by his shop any Monday this year.