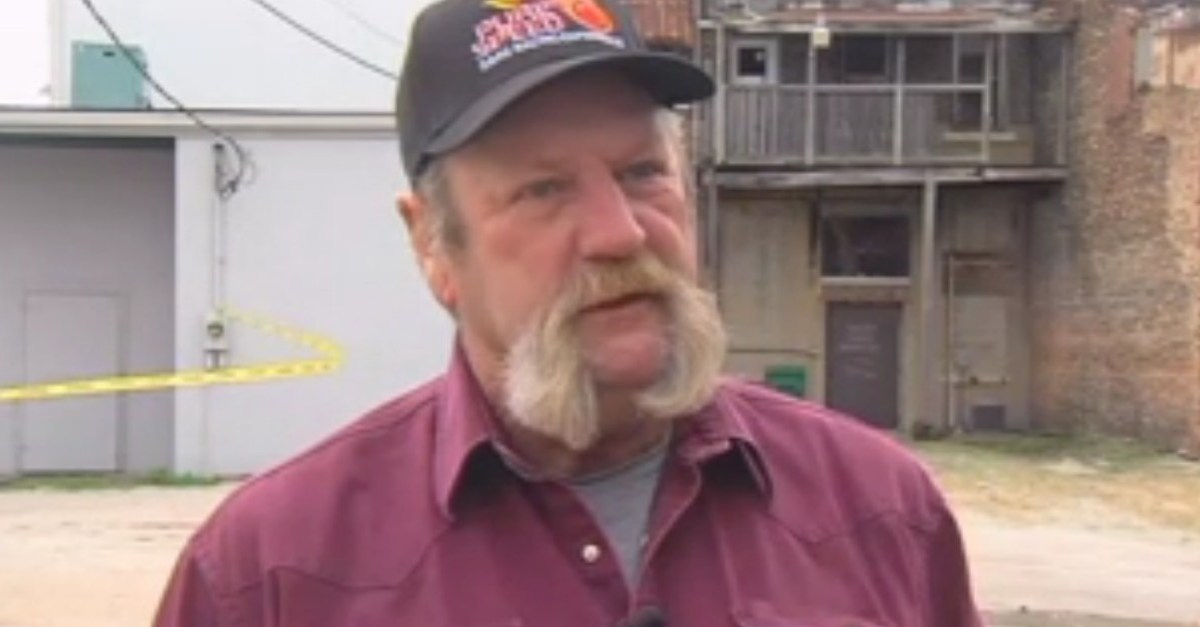 Thanks to a demolition expert, a man helped several people out of a bar minutes before the building collapsed on Monday.

Joe Coleman said he stopped into Tanners Pub late Monday in Pana, IL, and while inside — heard a noise outside.

“I went outside and looked at the wall and saw it was bad,” Coleman said. “I went back in and heard more bricks falling, so that’s when I went and looked a second time. I called the owner and told him he needed to close the bar, because the wall was going to fall anytime.”

RELATED: The oldest building in Chicago is…surprisingly difficult to determine

According to Coleman – about ten people were in the bar and all left. Close to 15 minutes later, a portion of the building collapsed. Colman caught the collapse on video and later toured the building with engineers and others.

“We’re still trying to determine who actually owns what part of it, but the part that fell was from the top part and fell into the bottom of the bar,” Bland said.

“You want to make sure legally you can do what you’re doing,” said Mayor Donald Kroski. “We have a lot of absentee landlords, we have a lot of buildings in trouble downtown, taxes are not paid and a variety of things.”

State highway officials shut down Illinois Route 16 in front of the building and the city is waiting for instructions on what to do next, Kroski said.