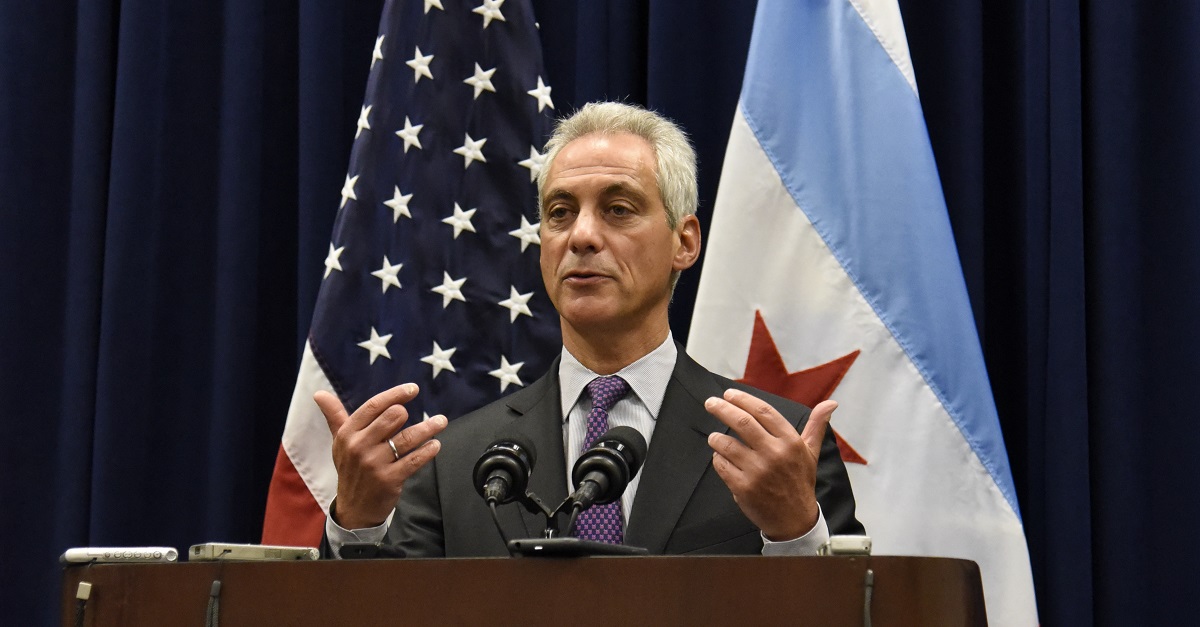 After the mass shooting at Marjory Stoneman Douglas High School in Parkland, Florida that killed 17 people, many have suggested arming teachers with guns.

That includes President Trump, who on Wednesday said, “If you had a teacher who was adept with the firearm, they could end the attack very quickly.”

“This would be obviously only for people who were very adept at handling a gun, and it would be, it’s called concealed carry, where a teacher would have a concealed gun on them. They’d go for special training and they would be there and you would no longer have a gun-free zone,” Trump added.

“Gun-free zone to a maniac — because they’re all cowards — a gun-free zone is ‘let’s go in and let’s attack because bullets aren’t coming back at us.’ ”

While two school districts in Ohio have already heeded the call and started arming an undisclosed number of teachers, not all civic leaders are on board with the program.

At a downtown event on Thursday which was supposed to be about the progress CPS students have made recently, the conversation turned to school safety.

?It is absurd anyway you look at it by President Trump, that the best way to protect our kids is to bring more guns into schools,? Emanuel said. “I want to make sure our teachers are armed with education and textbooks.”

Emanuel also disagrees with the gun-free zone theory and believes that weapons should be banned and the 1,000 feet surrounding them.

?The idea is to actually create in the school and around the school, an area that is protected from guns. Now we have a president who is taking what has been common sense to anybody ? both on the public safety side and the public education side ? and turning that upside down and inside out,? Emanuel said.

Emanuel isn’t alone in his perspective. Alabama Senator Doug Jones called the recent push to begin arming teachers ?the dumbest idea [he had] ever hear.”

RELATED: Healing is only just the beginning for Parkland

Trump has already announced a plan for new gun control measures that would ban bump stock modifications and raise the age of purchase for semi-automatic rifles from 18 to 21. But some Republicans are already saying these regulations would be too strict.

One of them is Kentucky Representative Thomas Massie. In a tweet, Rep. Massie wrote, ?Why should a 20yr old single mom be denied the right to defend herself and her kids?  We should lower the age to buy a handgun to 18, instead of raising the age to buy an AR15.  SAD!?