A new taproom along the Chicago River is just one more reason Avondale will continue to be touted as the next trendy neighborhood in Chicago.

RELATED: A new bike and running path is coming to these four North Side ‘hoods

Metropolitan Brewing has been around since 2009, formerly located at 5121 N Ravenswood Ave. Their focus is on German style beers, including the Flywheel Pilsner, Dynamo Copper Lager, and their flagship beer Krankshaft, a Kolsch style beer.

The decision to move to Avondale was easy. The former Ravenswood space 4,500 square feet with no taproom. The new Avondale spot? 22,000 total square foot with a 2,200 square foot tap room. They anticipate a significant increase in the ability to output.

The new space at 3057 N. Rockwell St. has another advantage: gorgeous views along the Chicago River.

The taproom is relatively minimal in design, with floor-to-ceiling windows, tables and communal seating areas.

Co-owner Tracy Hurst spoke with DNA Info about the opening. While there are no plans to include food at the taproom, she plans on having a patio ready for next Summer and getting canoe and kayak docks installed along the river.

Having the larger space will also allow Metropolitan to host large events and collaborations with other businesses.

“It feels like we can serve our community better,” Hurst told DNA Info. “Being holed up in a tiny brewery, just scraping to make sure we can make enough beer, is exhausting. Now we have the energy to really be creative, flesh out our skills, develop new skills and try new things.”

RELATED: Redevelopment in the works along Milwaukee Avenue in Avondale

The taproom is open daily, opening at 4 PM on weekdays and noon on the weekends. As they say on their website, the taproom is “dog-friendly, kid-friendly, freak-friendly.” 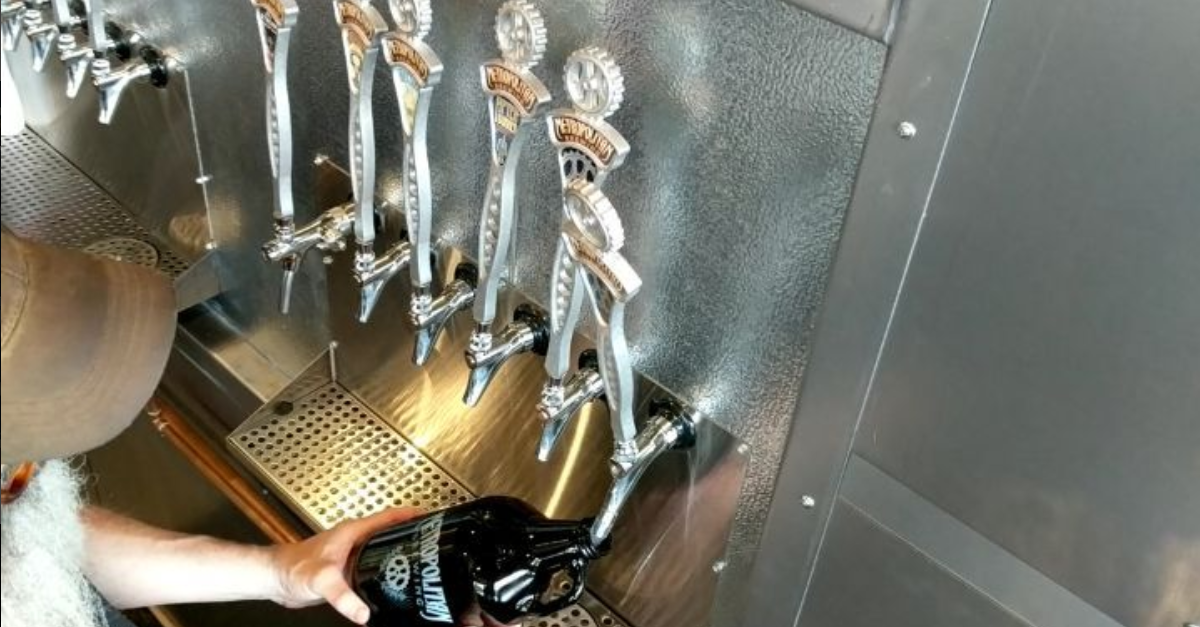