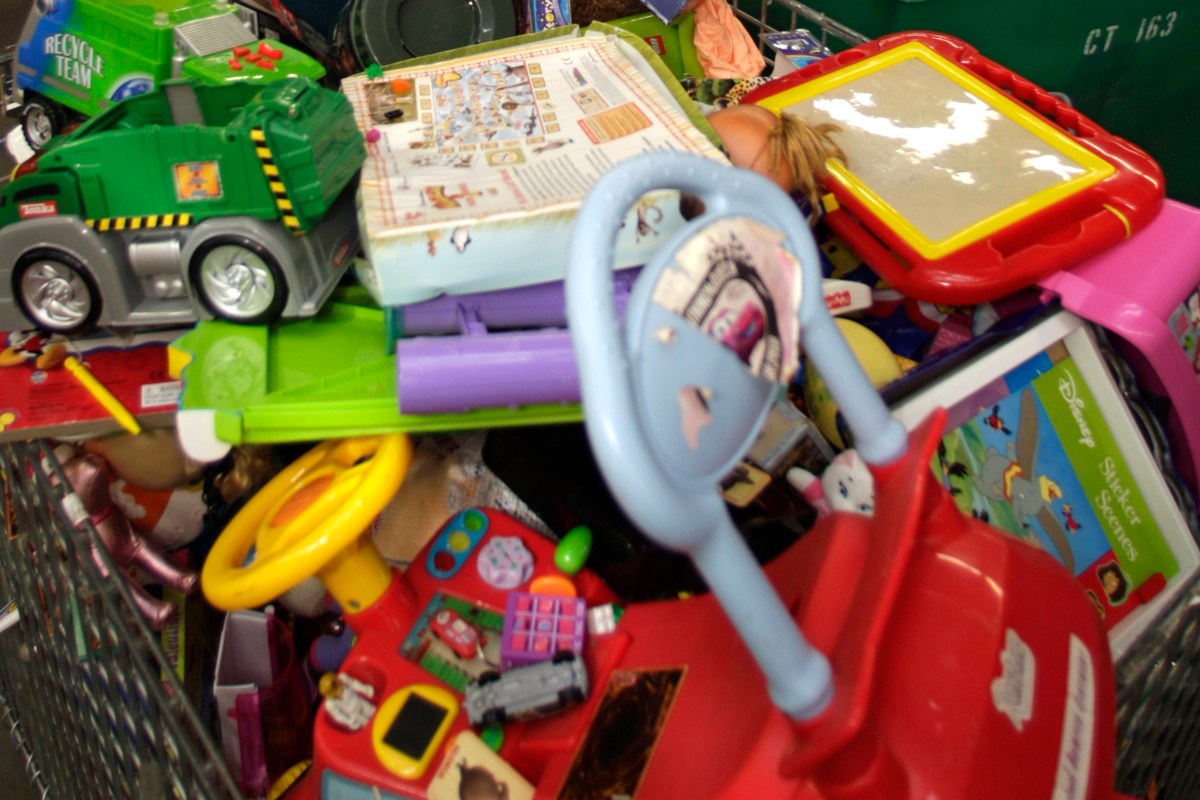 This past Sunday morning – tens of thousands of motorcyclists covered Dan Ryan Woods for the 40th annual Toys For Tots Motorcycle Parade.

It was nothing short of a sight – as the parade is considered the largest motorcycle parade in the world.

RELATED: Find out why the Grinch was arrested in Georgia during a toy drive

Biker Patti Stimatz said she was not just there for the social aspect.

“I always smoke a cigar at Toys for Tots for some reason just for celebration,” said biker Patti Stimatz.

Stimatz has been riding her motorcycle in the parade every year for 15 years and is constantly getting others involved.

“Didn’t really have to wrangle me too much, I love the holiday. It’s good for the community and the people and I love Christmas,” said biker Sandra Vintartis.

Riders are usually asked to bring one new, unwrapped toy for needy children’s Christmas — and usually, people end up bringing more than just one.

RELATED: The donation that Brantley Gilbert just made to Toys for Tots will astonish you

Gifts are distributed to the Marine Corps and the rest are sorted and distributed across the community.

“Anywhere we can try to help we step in and help,” said Tom Dertz, vice president of the Chicagoland Toys for Tots Motorcycle Parade.

Even Governor Bruce Rauner joined pack this year and bikers received a special blessing as they headed out.

Organizers say it’s the largest in years as the ride started at Dan Ryan Woods, and eventually traveled north to Devry.

To watch the full coverage below, you can – thanks to ABC7.