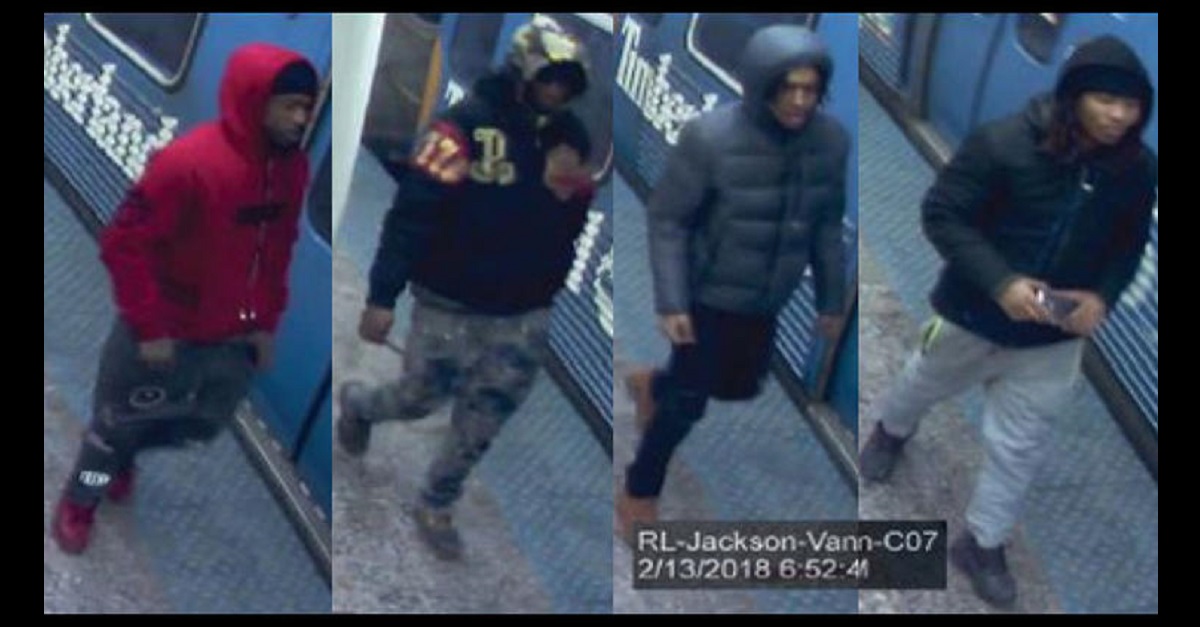 Police have issued a community alert for people traveling between the Red and Blue Lines in the Loop.

Multiple attacks have been reported in the subway and pedestrian tunnel that connects the two lines at the Jackson stops, the first of which goes back to the January 30th.

RELATED: Video released of CTA train passenger trying to set himself on fire

A group of four or five young men have been reported to surround their chosen victims, assault them, and rob them, some times even brandishing a weapon.

The Chicago Tribune notes that the attacks occurred on:

Police have released surveillance footage of the suspects. If anyone has any information regarding these attacks, they can contact Area Central detectives at 312-747-8384.

Since June 2011, cameras on the CTA have led to 926 arrests in connection with at least 843 crimes on or near CTA property.

According to the security page on the CTA’s website, “CTA cameras have been successfully used in detecting crime patterns and serial offenders involved in both reported and unreported crimes, and have even led to the apprehension of offenders through real-time, remote policing missions.”

Last month on the Blue Line near the Medical District stop, two men assaulted a victim that was in a wheelchair. The suspects made off with the victim’s phone before exiting the train.