Logan Square is home to many things in the Windy City, and now it’s home to a mysterious, moving, community trampoline that residents in the area can’t get enough of.

The trampoline first appeared on a public parkway on Logan Boulevard about two weeks ago and has since attracted the attention of community members of all ages. The trampoline, which is owned by an unnamed neighbor in the area, has been making its way around public places in Logan Square for all of their neighbors and community members to enjoy, according to DNAinfo.

Neighbors have been stumbling upon the trampoline since and Allison Vanek happened to walk by it while on a walk with her 1-year-old daughter, Sasha.

“We spent about 20 minutes bouncing on it together, and so many people smiled as they biked, drove or walked past,” Vanek said.

Vanek, who assumed this would be a one time occurrence, happened upon the trampoline again on Saturday and rushed home to get Alex, her 7-year-old child, who instantly fell in love with it.

RELATED: Local music festival feels like the best “holiday” of the year as it brings the community together

While the owners have remained unnamed, there have been no reports of people being told to get off of the trampoline and the community has been enjoying it since it appeared. Some parents from other towns have started to bring their children to the area as well to enjoy the mysterious fun without question and Logan Square residents seem to see it fit for the community.

“I didn’t think it was so strange,” Vanek told DNAinfo. “[In Logan Square] it’s commonplace to see people jogging in jump boots or tying bands between two trees as tightropes.” 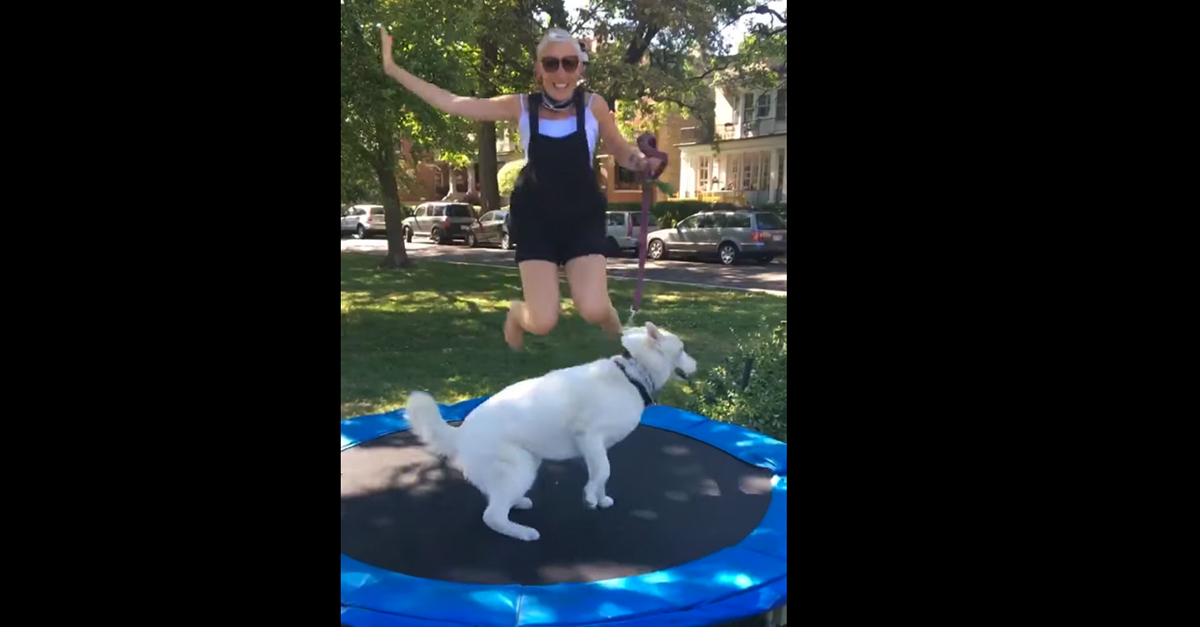