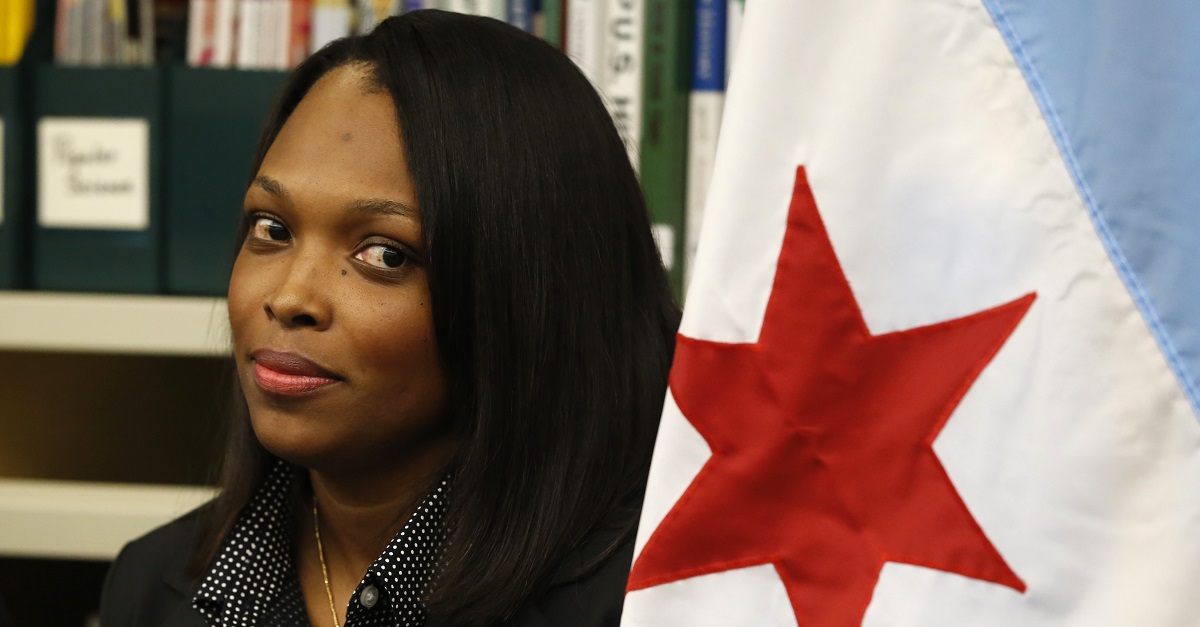 AP Photo/Charles Rex Arbogast
Janice Jackson looks over at family and friends during a news conference where Chicago mayor Rahm Emanuel announced the appointment of Jackson as Chief Education Officer for the Chicago Public Schools Thursday, July 16, 2015, in Chicago. Emanuel on Thursday selected his chief of staff Forrest Claypool, to lead the city's struggling public schools as the district deals with budget cuts and a multibillion-dollar pension crisis. (AP Photo/Charles Rex Arbogast)

The Chicago Public School system uses gift cards as a motivational reward for its students. While most of these gift cards end up in the right hands, some CPS employees have used them for their own interests.

Over the course of three years, employees have taken more than $250,000 in gift cards according to an investigation by the Inspector General.

RELATED: Chicago receives $15 million grant from US Department of Education?but is it enough?

According to WGN, this includes one principal who used $22,000 of gift cards for personal use at Apple and Costco stores. Another principal is accused of stealing from kids with special needs. And some funds were used at a “teacher’s lunch club” that included steak, lobster, and shrimp.

The news of this couldn’t be worse for new CPS CEO Janice Jackson who took over the position after Forrest Claypool announced he was stepping down last month due to a scandal of his own.

Jackson went on WGN News to talk more about the issue.

“It’s infuriating to me as well,” she began. “This behavior is completely unacceptable and it’s important to note that none of those employees are currently with the district anymore.”

“The district’s vision is around maintaining academic growth and financial stability but it’s also about integrity. Working hand-in-hand with the [Inspector General] helps us get there.”

“CPS is working closer to hold those individuals accountable but to put systems and structures in place so that this doesn’t continue to happen,” she added.

Gift cards will continue to be used as a motivation for students and the majority of teachers put the system to good use. Jackson herself is a CPS graduate, was a principal for eleven years,  and is currently a CPS parent.

She also talked to WGN about the issue of funding and the uphill battles of being underfunded, as well as equitable funding and resources being allocated properly throughout the district.

She is currently interim CEO but will be official at the end of January. She plans to host more community meetings to open a dialogue between the district and parents.

Dr. @JaniceJackson would like to share a message with parents as she begins her new role as CEO of Chicago Public Schools. pic.twitter.com/drq4Lymlo4

Claypool resigned last month after an internal investigation led by Inspector General Nicholas Schuler called for the firing of Claypool for the ?full-blown cover up? of an ethical violation by Ronald Marmer, the school system?s top lawyer.

Schuler said that Claypool repeatedly lied during the investigation of Marmer. As part of a 103 page report, Schuler wrote ?Claypool greatly compounded the severity of his misconduct when he repeatedly lied to the [inspector general?s office] through two separate interviews.?

The investigation was with regard to a conflict of interest due to the fact that Marmer was working with a previous employer while working for CPS. Multiple lawyers and attorneys said Marmer overseeing the work would violate ethics codes.

Jackson’s previous role was with as Chief Education Officer and she has a history of working together with the Chicago Teachers Union.

?We finally got someone for the first time in 20 years who can claim to be a Chicago educator, legitimately claim it, know how the inside of a school really works,? said CTU Vice President Jesse Sharkey. ?We hope that she listens.?