The Chicago Bears, former NFL star Charles “Peanut” Tillman, spent years performing agility drills, tackling training and footwork practice. He is considered one of the best cornerbacks in history and now the two-time Pro Bowl player is shifting his training docket to something more Bond-like.

According to two law enforcement sources, Tillman is now training to be an FBI agent. The FBI’s rigorous 20-week training program in Quantico, Virgina will have him working on firearms training, interrogation skills, and investigative techniques.

RELATED: Beloved “Revenge of the Nerds” actor and NFL star Bernie Casey passes away at 78

At 36 years old, Tillman is nearing the end of the fourth quarter when it comes to the FBI’s age limit for trainees. New special agents must be appointed before their 37th birthday. Tillman turns 37 in February.

Tilman is 36 going on 37 in February which translates to: he is nearing the end of the fourth quarter when it comes to the FBI’s age limit for trainees. New special agents must be appointed before their 37th birthday.

Tilman earned a degree in criminal justice at Louisiana-Lafayette before he was drafted by the Bears in 2003 which will help him tremendously.

After retiring from NFL last year, Tilman is also known for his philanthropy. He will spend more than 800 hours training in four major concentrations: academics, case exercises, firearms training and operational skills.

“Each special agent must have the knowledge, skills, commitment, and fortitude to investigate terrorists, spies, and a raft of dangerous criminals — all while wielding their law enforcement powers with compassion for those they encounter and respect for the US Constitution and the laws they enforce,” according to the FBI’s website.

Tillman was a gold-star fighter with a football, but will he take no prisoners on this new field? Only time will tell… 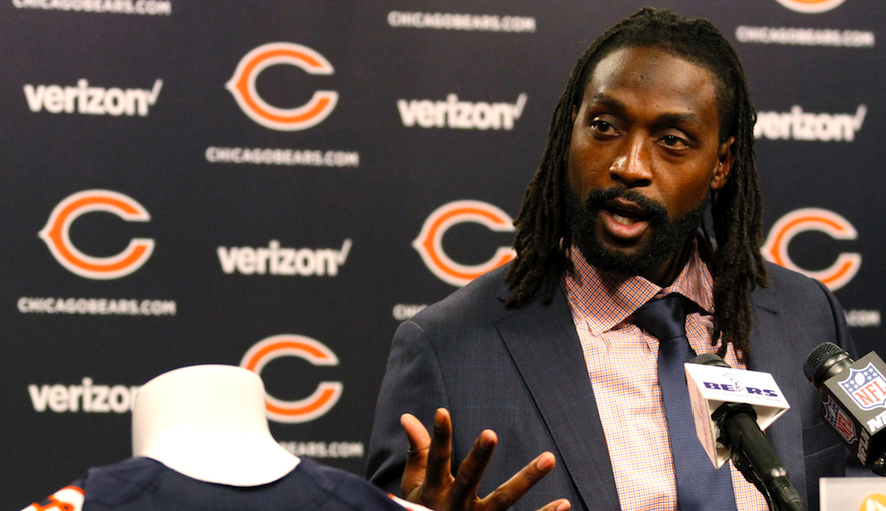