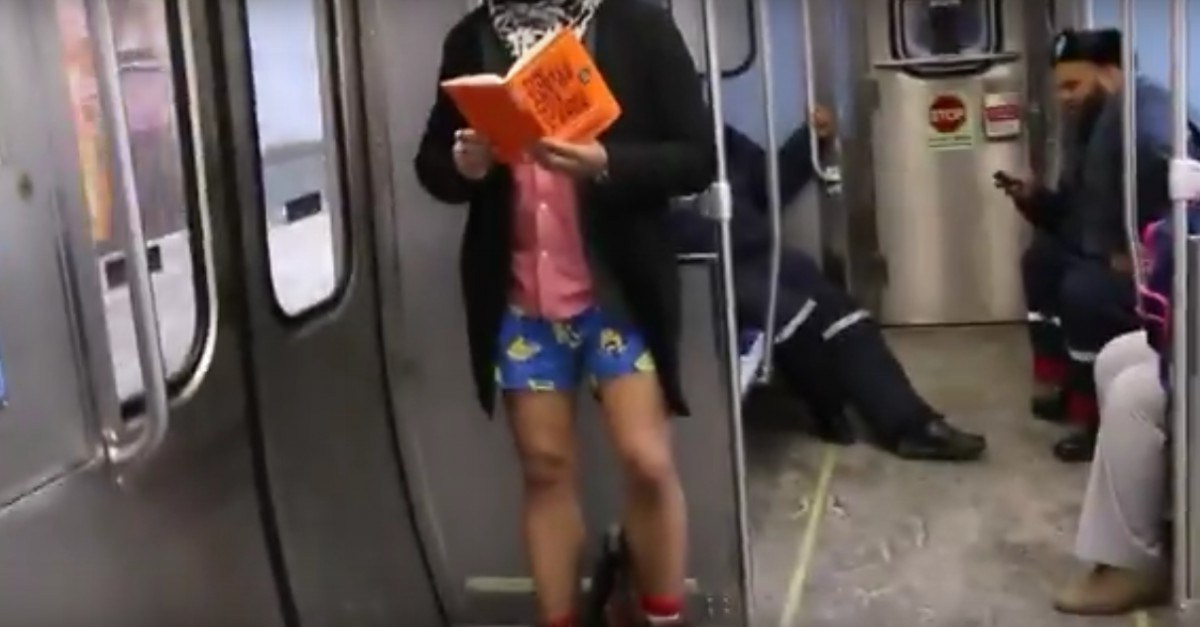 You would imagine that as the temperatures decline, the amount of clothes we Chi-towners wear goes up, but that is where you are wrong. Well, at least about this past Sunday on the subway.

According to TimeOut Chicago, the annual No Pants Subway Ride returned to the Red Line yesterday but not just in Chicago, all over the world.

According to the news outlet, the idea was founded by Improv Everywhere – a New York comedy collective where participants are expected to act completely normal while boarding a train in their underwear. Sounds like an episode of Impractical Jokers I would watch.

RELATED: Man run over by train one of many issues on Red Line Tuesday night

The goal of this ride you ask? To make others scratch their heads in between laughs. Participants were asked to wear undergarments that covered all of the most private areas of their bodies, according to TimeOut.

Participants were asked to meet at the Loyola Red Line station as well as to bring a pair of pants for after the ride, according to the news outlet. Brrr…I am chilly just hearing about it!

RELATED: CTA worker tells all the details about delivering twins on the Red Line

After the train arrived in the Loop – per tradition – participants gathered on a train platform to recount their rides according to the news outlet, and of course, strike a pose in their undies. Naturally.

To see more shots of undies and confusion, click here. To follow the journey of the pant-less sorts, scroll below – courtesy of user krystygo.