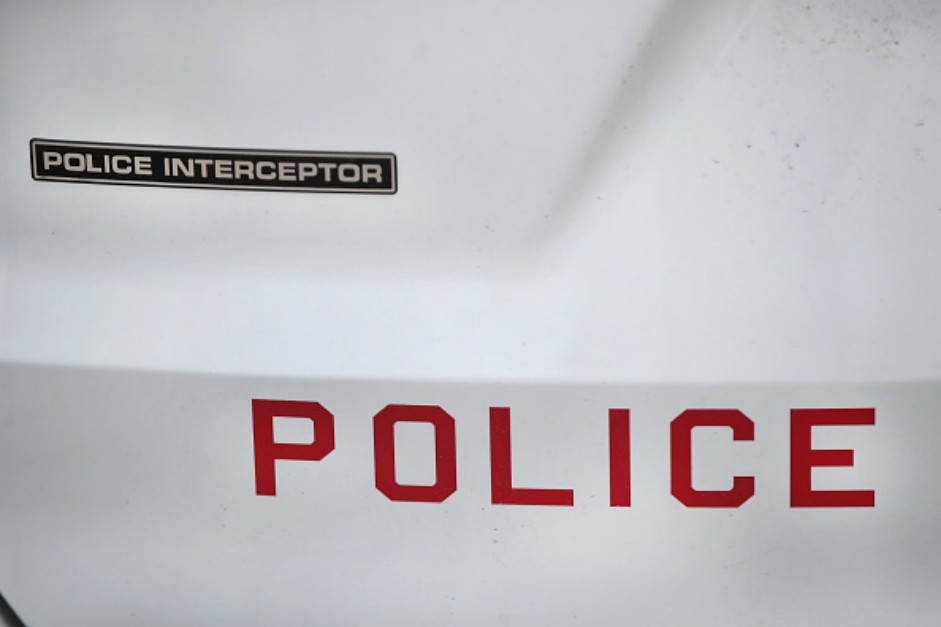 After a viral video published on Monday via Facebook – people are stunned by the suburban Chicago police officer who claimed to have detained a teenager for being white.

According to a report from WMAQ-TV, Dezi Baczek said she and her friends were leaving a pawn shop to sell an item when they were approached by a detective from the Lake Villa, Illinois Police Department. Baczek, and a group of her fellow friends, were then suddenly detained by the officer.

“I was yelled at to sit down,” Baczek told WMAQ. “I said, ‘What’s the reason?’ And he said sit down or I could turn around and be arrested, so I sat down at that point.”

Baczek then had the idea to begin recording the incident.

“Because I’m a teen? Because I have baggy pants?” someone who can be heard in the video said.

“Because you’re white,” the officer said.

Lake Villa Police Chief Craig Somerville identified the detective as Esteban Gomez. Somerville said the teens were with a suspect in a theft investigation and at least one of the teens was cited for obstructing police for giving a false name.

Somerville said that Gomez admitted that his words were poorly chosen and that he regretted what he had said.

RELATED: What police saw going on in the back seat of this classless high school teacher’s car is unreal

“When the subject questioned Gomez about his arrest, Gomez reacted by answering the teen’s inquiry with an inappropriate response,” Somerville said in a statement posted on the department’s Facebook page.

Somerville said in the statement that Gomez will be disciplined for Monday’s incident.

“I apologize to anyone who may have been offended by what is depicted on this video,” Somerville’s statement read. “This occurred on my watch and I assume full responsibility.”

You can watch the video below thanks to Dezi Baczek. WARNING: the following video does contain offensive language.

Once again detective Gomez of the lake villa police dept. is discriminating us because we are "white"/ we had no drugs on us we where at the pawn shop and when we walked out we were yelled at to sit down …. Everything that happened from then on is in this video •SHARE• just wanna make it clear all of us sitting down did not do anything wrong we were with someone who got into trouble and we didn't know anything about it till that point. Also I went to the shop to pawn something so my little brother could go and buy this book he has been wanting to get !!! (Only thing that had happened before I thought of recording was we had been told to sit down with out any reasoning)