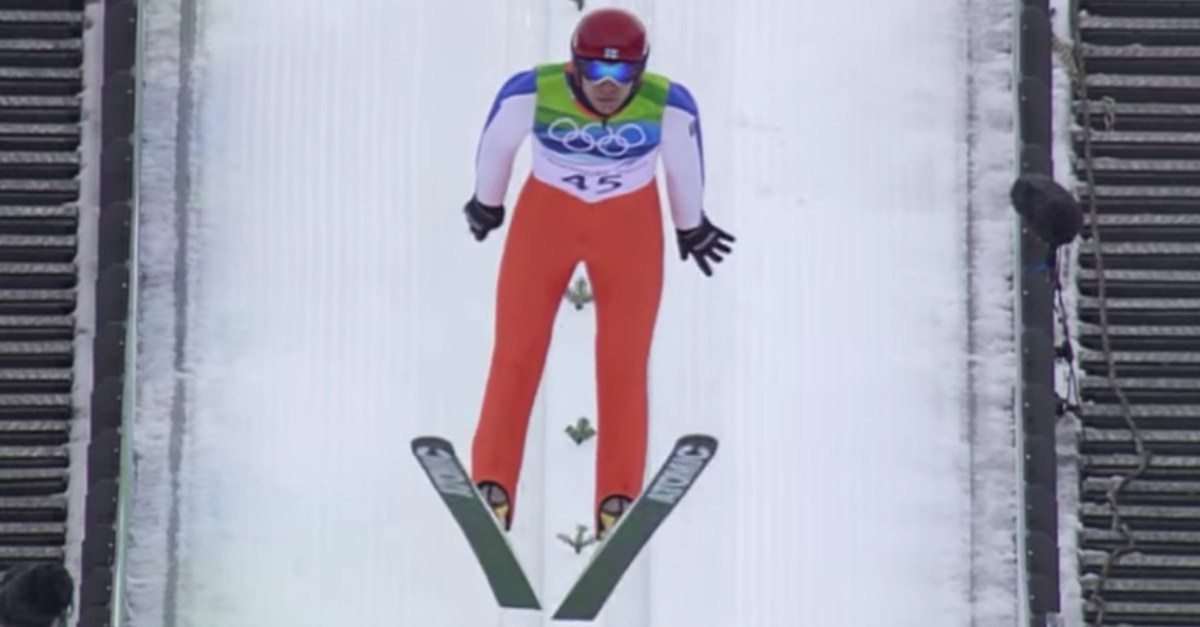 The first Illinois residents, three men from Chicago to be exact – will be the first to compete in ski jumping at the Olympics.

According to CBS Chicago, they are each members of the Norge Ski Club in Fox River Grove: Michael Glasder, 28, of Cary, Kevin Bickner, 21, of Wauconda, and Casey Larson, 19, of Barrington.

RELATED: Gold medalist Michael Phelps reveals he considered ending his own life after the 2012 Olympics

According to the news outlet, WBBM Newsradio’s Mike Krauser talked with Glasder who shares his apartment with the other two jumpers. They are all currently training in Slovenia.

“We’re actually basically living together eight months of the year, so we’re all really close,” Glasder said to CBS, “We’re all really excited to get over to Korea and show the world what we can do.”

The news outlet reports that Glasder was the first to be named to the Olympic team after winning the U.S. team trials.

“That was awesome because the Norge Ski Club has never had any Olympians before,” he said to CBS. “It just goes to show what three of us being named to the Olympic team what’s possible coming out of a small suburb of Chicago.”

RELATED: NBC found a new host for the Winter Olympics after firing Matt Lauer for alleged bad behavior at the last games

Scott Smith, their coach, says having three men from the same club to the Olympic team is unprecedented. He continued to say it is a testament to the athletes’ hard work as well as the structure of Norge’s program, according to the news outlet.

CBS reports Scott Smith himself is in the American Ski Jumping Hall of Fame.

The 2018 Winter Games opening ceremony is Feb. 9 in Pyeongchang, South Korea and the Men’s ski jumping competition begins on Feb. 8, according to the news outlet.