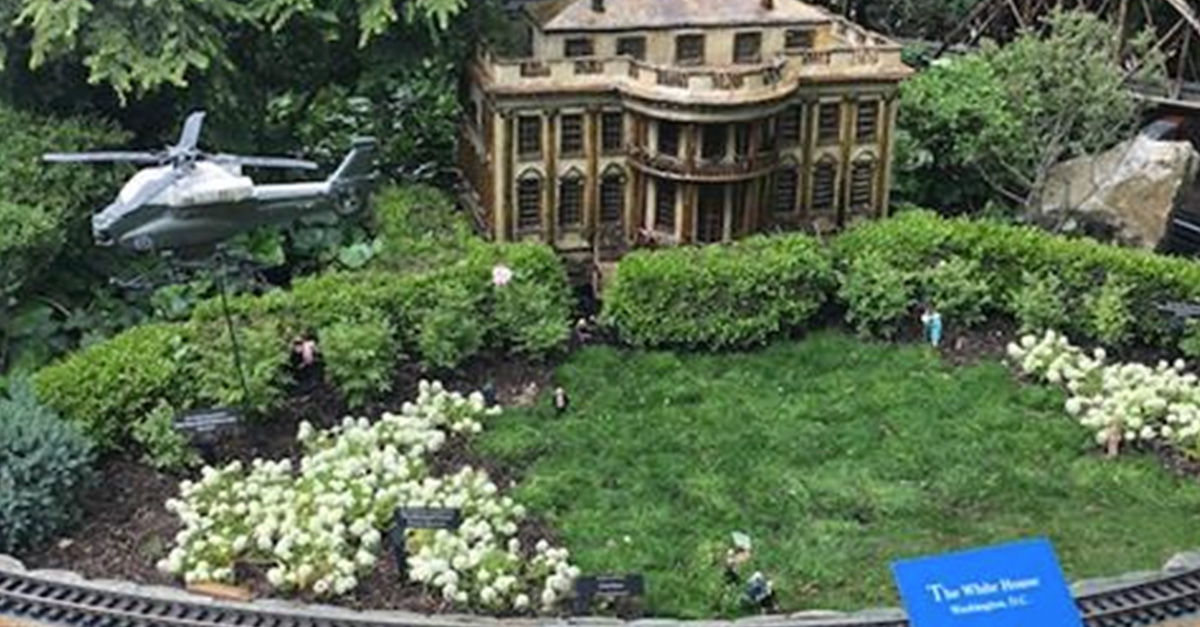 Since his election in November, President Donald Trump has been sparking controversy all over the country, inspiring many to take to political protests. Most recently, someone has placed a plastic protestor in the Botanic Garden’s miniature White House display.

Every year, the Chicago Botanic Garden opens their outdoor Model Railroad Garden which features model trains running through miniature American landscapes including the White House. Given the current state of tension in politics these days, it’s no wonder something strange landed itself on the lawn of the model White House.

Chicagoist writer Anthony Todd reported on May 23 that he noticed a few changes to the model while visiting himself on Sunday. His first point of mention, a model President Trump himself was added to the display with “signature bright yellow hair,” as he wrote in the article.

Looking a little closer after noticing this hidden feature, Todd noticed a little plastic protestor on the outskirts of the lawn. Appropriately, the protester was holding a sign that read “plant more trees,” according to his article.

Todd said he thought little of the mini-protest and laughed it off, but the Botanic Garden was not amused when he notified them of the additions.

“We were unaware of the protestor and it has been removed,” Julie McCaffrey, a representative of the garden, told the Chicagoist. “We have always updated the White House vignette in the Model Railroad Garden to reflect current times. When the Obamas moved in and added a playset for Sasha and Malia, we added one to the scene. The same is true for the vegetable garden and Bo and Sunny, the dogs. This year, we added President Trump as a figurine.”

What they did not add, was the little protestor that seemed to be making a bigger statement than observant attendees may have assumed if they were careful enough to notice him.