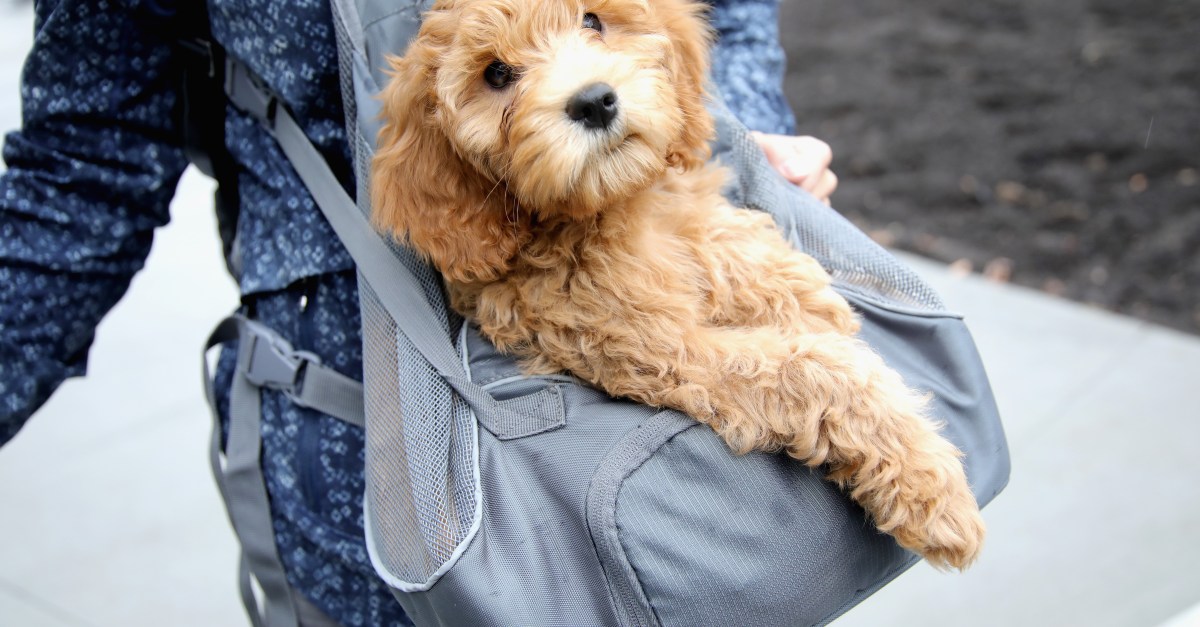 With the Chicago Marathon approaching quickly, one runner is lining up alongside her 2-year-old incomplete paraplegic Miniature Doberman with whom she intends to run the race.

Less than a month away, Janet Turner, 55, of Mineral Wells, West Virginia, will carry the Doberman alongside her in a modified backpack as she runs her fifth marathon. The duo will take off from the starting line on Oct. 8 along with other marathon runners as the race kicks off.

Related: A popular country music star adopted a precious puppy in Chicago this weekend, and what he named her is even more adorable

While the pair may seem attached at the hip, they only came together on March 13 through Marley’s Mutts, an animal rescue in California, according to WGMD. Turner new of the shelter because through a shelter manager in West Virginia that was a big fan of Marley’s Mutts and when she found Gordon, she fell in love.

“I’m a physical therapy assistant, so I wanted to give Gordon a home,” Turner said, according to WGMD. “I felt I had a lot to offer a physically challenged dog.”

Turner said the marathon is important to her because she wants Gordon to know what it’s like to run and this will give him that chance. En route to Chicago, Turner’s training has her doing 60 to 80 miles a week, splitting time on the road and on a treadmill, with Gordon riding along in his backpack, according to WGMD.

Related: In the midst of a four car pileup, these Chicago officers saved a dog from drowning

As of now, the plan is to run at least half of the race with Gordon close behind at which point Turner intends to check to see if he’s too hot. If he is she’ll leave him with a friend while finishing the marathon.

“I’m running this race for Marley’s Mutts, and the local humane societies,” Turner said. “These are great places because they help all of these animals, especially ones like Gordon.”