Hundreds of parents and students brawl outside Chicago high school 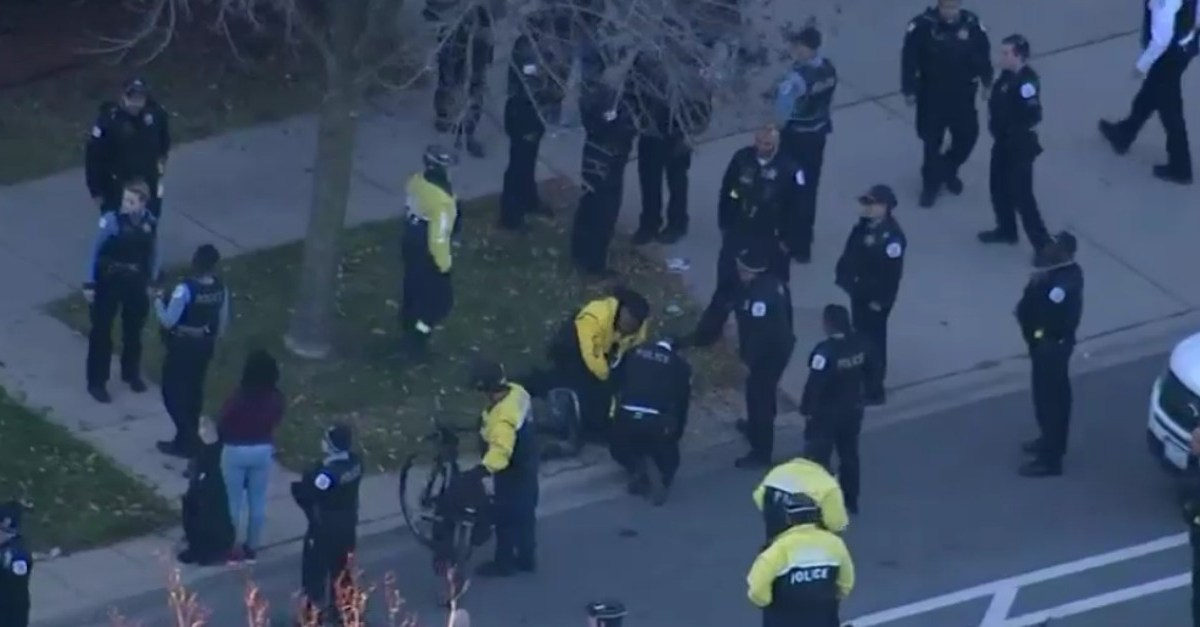 On Wednesday afternoon – Chicago police responded to a huge fight outside a high school that involved not just hundreds of students, but parents.

At about 3:30 p.m. right after classes let out – classes responded to Dunbar Vocational Career Academy.

According to the Chicago Fire Department, one officer suffered a minor leg injury and was taken to Northwestern Memorial Hospital for treatment. A girl was also injured when she was kicked in the face.

Witnesses tried to break up the fight, which was predominantly between 20 to 30 girls, but things spiraled out of control.

“They stopped, and they started taking off jackets and throwing blows,” said Thomas Deaderick, who tried to intervene. “So then I got out of my car. Let me see if I can get them to stop. Maybe they will see somebody older, and maybe they’ll stop. It didn’t stop them.”

No information has been released about what prompted the brawl. Police said officers from three districts responded to the scene and also report no one was arrested.