Pat Hughes is the 2017 Illinois co-sportscaster of the year, again! 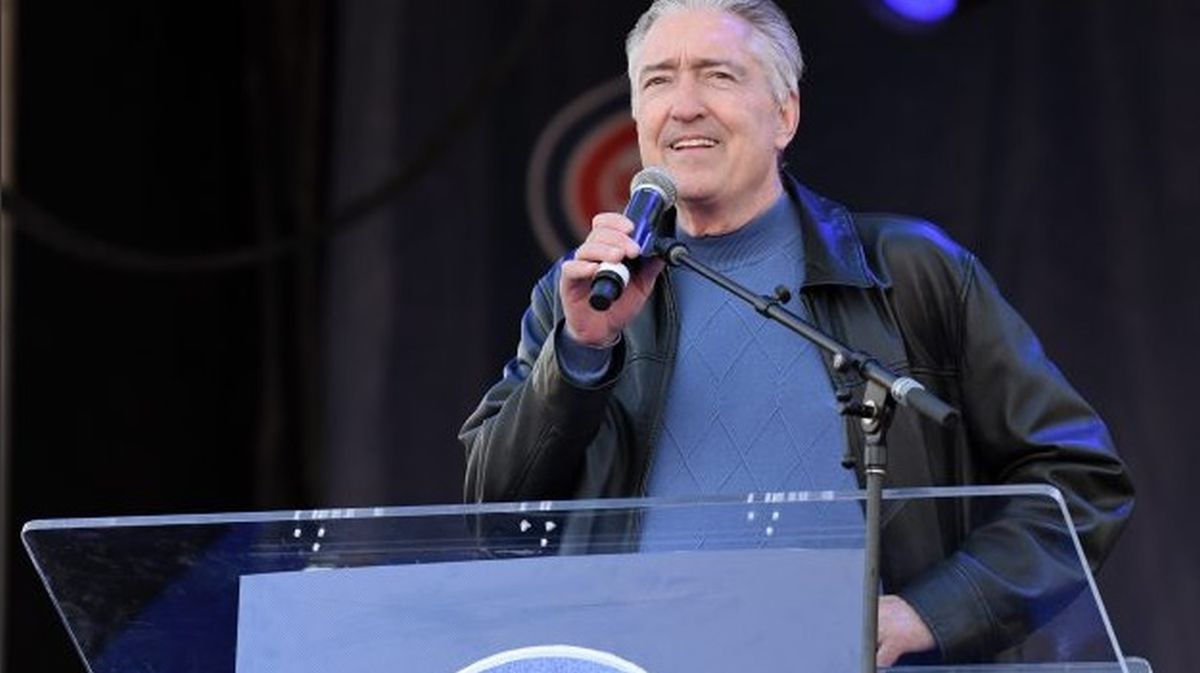 Despite the great honor, legendary Pat Hughes should be used to it by now. This marks the 8th time in 11 years that he has been given the title of, “Co-sportscaster of the year.” And rightfully so. Due to what he’s been through, I’d say this year it means a little more.

The WSCR 670 radio voice has been named the 2017 Illinois Co-Sportscaster of the Year. Hughes shared the honor with sports anchor Mark Giangreco of WLS-TV.

“I’d like to dedicate this award to three special parties,” Hughes said. “First, I have the best announcing partner in baseball in Ron Coomer. We both work for the finest executive producer in America, and that is Mitch Rosen. And, the Chicago Cubs fans are the sweetest listening audience on the planet. They all share this award with me, along with Mark Giangreco.”

The precancerous condition in which the thin, flexible layer similar to plastic food wrap on his left vocal cord was coated with a surface that “was much more thick, like shoe leather,” Friedman says. The condition is more common in singers and broadcasters, Friedman says.

During a grueling 2014 season doing play-by-play for the last-place Cubs, Hughes worked through a case of bronchitis in June and finished the season. But he didn’t recover with rest.

“The scratchiness in my voice just seemed to linger on and on and on,” Hughes said during his initial visit that December in the Northbrook office of Dr. Aaron Friedman, a laryngologist at NorthShore University HealthSystem’s Voice Center. “I couldn’t get to the real high ones and especially the low ones. There was no timbre.”

The condition can return, and Hughes gets periodic checkups, including one scheduled before the 2018 spring training games begin. “My voice feels as good as it ever did,” Hughes says. “This is the happiest time of my career.”