Hospital patients surprised by Cubs with tickets to Spring Training 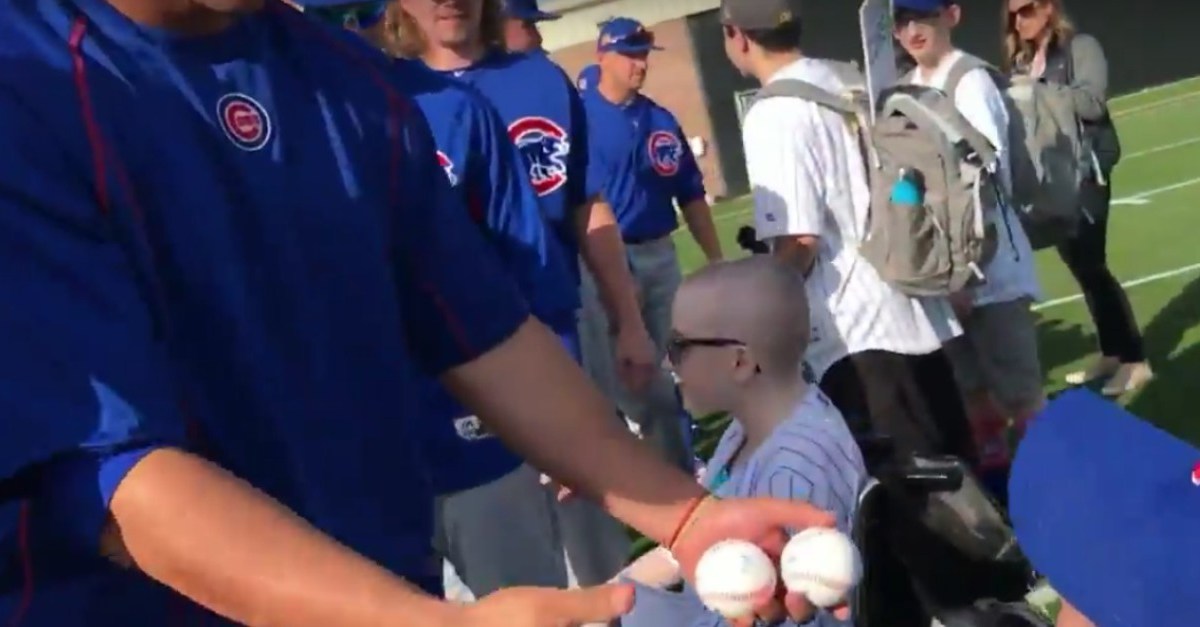 On Wednesday at the Advocate Children Hospital, members of the Chicago Cubs surprised four patients with Spring Training tickets.

According to CBS Chicago, the team first surpised the patients with a trip to Wrigley Field – and they were impressed – but little did they know that wasn’t all..

Albert Almora Jr. on a video screen addressed each of the four patients by name, inviting them to Spring Training in Arizona – an all-expense paid, a three-day trip starting on Monday – plus private time with the players.

The patients screamed and some were speechless at the thought of spending three days with the amazing players.

“It’s crazy – what a crazy experience that is going to be,” Kyle said to CBS.

Larry Munch, Kyle’s father, said the hardest part was keeping the secret for over a week since his son Kyle’s cardiologist called to ask if the 12-year-old would be interested.

The team wanted to offer the tickets to diehard Cub fans, and boy did they find them.

Kyle plays first base and outfield for the Oswego Cougars Travel Team despite a heart defect that has caused him a series of surgeries.

His most recent surgery was in October.

When asked who he wants to meet the most, he said to CBS, “anybody.”

Larry said he wasn’t sure who would be more nervous when meeting the Cubs, himself or Kyle.

The lifelong Cubs fans who range in age from 12 to 17 are all Advocate Children’s Hospital patients, each are battling various forms of cancer and heart health issues. They are from Chicago neighborhoods like Des Plaines, Sleepy Hollow, Montgomery and the Garfield Park.

The Cubs are working with American Airlines along with Sheraton Hotels to provide the accommodations.