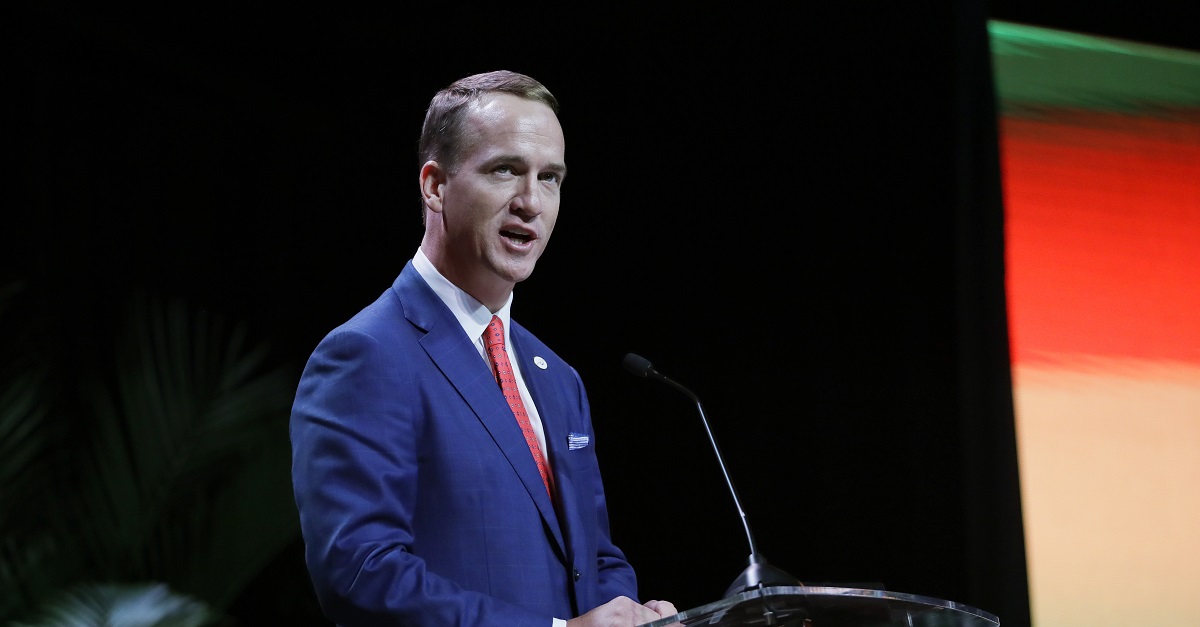 Though retired from the National Football League, Peyton Manning is still committed to helping out young athletes succeed in the game and in the classroom.

RELATED: South Side high school sends 100% of its graduates to college

Wendell Phillips Academy is a high school in the Bronzeville neighborhood. It was shut down in 2010 for poor academic performance, but since reopening with a new staff, the school was able to send 100% of its graduates to college last year.

Their football team is also ranked fourth in the state of Illinois. But due to tremendous interest in the program, resources are lacking.

WGN TV reports that on August 24th, football equipment company Riddell invited members of the team out to their facilities in Des Plaines. The company was to donate shoulder pads and Speed Flex helmets that can alert coaches to bigger hits that potentially can cause injury.

But Riddell wasn’t alone. After psyching out the students with a video where he said he couldn’t make it there, Manning surprised the team with an hour-long session of talking with them and taking pictures.

This donation might just be the thing the team needs to repeat their 2015 state victory.

RELATED: In a new ranking, Chicago has the best public high school in the U.S.

This isn’t the first in Manning’s philanthropic streak. He founded The Peyback Foundation to help disadvantaged kids, volunteered after Hurricane Katrina, and often donates to other charitable causes.