Mickelberry plant fire happened fifty years ago this past Wednesday 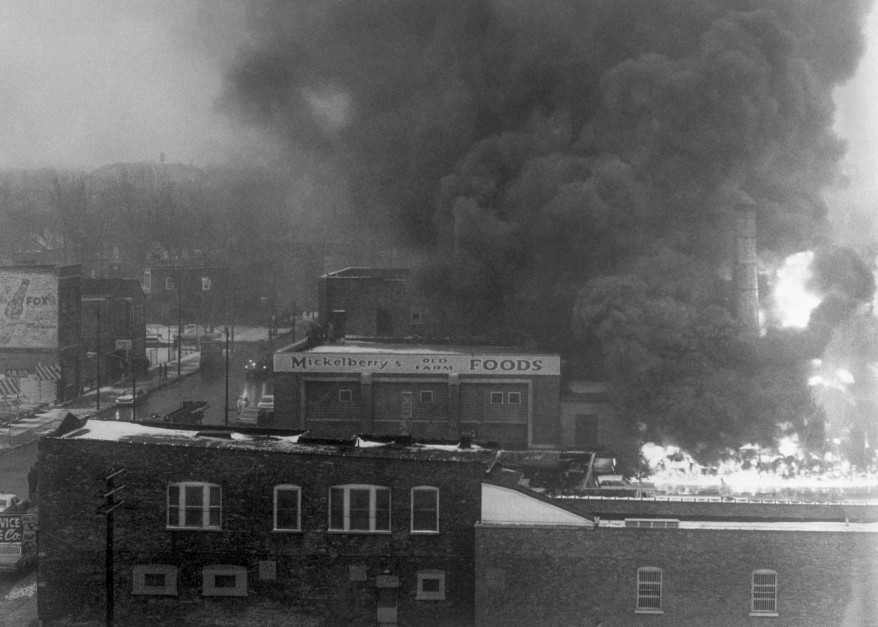 This past Wednesday marks one of Chicago’s deadliest explosions fifty years ago.

According to an abc7 report,
the fire at the Mickelberry plant at 801 West 49th Place on Feb. 7, 1968, caused nine people’s deaths – including four firefighters while more than 70 others were hurt.

RELATED: A huge fire broke out at a refinery plant and caused an incredible sight you’ve got to see

The news outlet reported that a pipe sheared off a fuel delivery truck, spilling its contents into the basement of the plant.

The fuel then eventually made its way to an ignition source – sparking a huge fire.

The family of the lost firefighters, as well as one of the survivors of the tragedy, attended the ceremony on Wednesday, according to abc7.

RELATED: Chicago firefighter fired for having sex in the firehouse

To watch the memorial for the four fallen firefighters, scroll on below to watch – courtesy of Chicago Sun-Times.