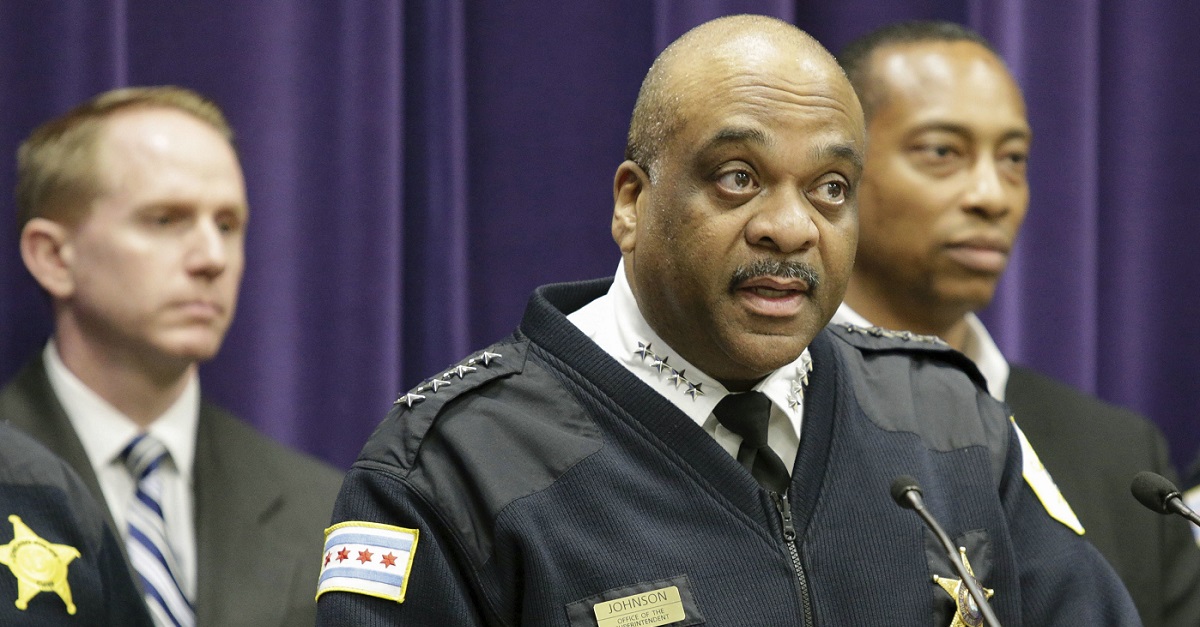 According to Chicago police, Facebook needs to do a better job monitoring people who use the social media site to sell illegal guns and drugs.

In a CBS report, after a 10-month undercover operation — 50 arrests were made along with the seizure of at least 18 firearms and more than $46,000 in drugs.

Back in February, police reported that a confidential informant contacted officers about the illegal gun and drug transactions happening on Facebook, according to the news outlet. CBS then reported the department?s narcotics unit launched a covert operation to infiltrate several secret Facebook groups that operated as virtual black markets.

?We didn?t know that these secret groups existed on Facebook,? Anthony Riccio, Chicago Police Department Organized Crime Bureau Chief said to the news outlet. ?The size of the marketplace is considerable. There?s dozens and dozens of these secret groups; a lot of them being used for illegal things, including the trafficking of the guns and the firearms, but there?s dozens of them out there.?

RELATED: A Chicago police officer who shot a 15-year-old boy in 2012 may now face disciplinary action

Facebook says it does not have official permission in regards to illegal activities on its user face and has guidelines for law enforcement agencies that are conducting investigations, according to the news outlet. According to police, both the gun and drug dealers who set up the secret Facebook groups are very protective about who is able to join the groups.

?It?s not visible on someone?s Facebook page. You have to be invited into it, and the groups are so tight that they actually require people to vouch for you. So when you were introduced to the group, they?d say ?Yeah, I know this guy. He?s not the police,? or ?I know this guy, he?s okay. So they?re very tight to protect the industry,? Riccio said to the news outlet.

According to CBS, thanks to undercover officers — the police were able to infiltrate the groups to set up the purchases of guns and drugs and then proceeded to carry out raids. Riccio told the news outlets the criminals who used Facebook felt a false sense of security by setting up invitation-only groups to promote the guns and drugs they were selling.

?It?s discreet. They?re able to hide their activities. They feel pretty confident that it?s a secret group, and the police aren?t going to be able to infiltrate it to find out what?s going on. So they feel that they can kind of be under the radar,? Riccio said to the news outlet.

On Wednesday night, police had seized at least 18 guns through a series of raids according to the news outlet. Many of the guns had their serial numbers removed, some had extended clips and most were fully loaded — ready to use, according to Riccio.

?There?s a lot of it out there. I?m happy we were able to get these. These are guns that are winding up on the South Side, the West Side of the city; and being used in these gang shootings,? Riccio said to CBS.

According to CBS, Riccio stated the guns and drug raids are the first phase in a growing investigation into Facebook groups use to cover up criminal activity.

?There?s other illegal activities that are going on Facebook. We?re looking at potentially human trafficking, things of that nature as well,? Riccio said to the news outlet. ?There?s a lot of tentacles that are going out for this.?