As multiple teams across the country took a knee against Trump’s comments to “fire or suspend” players who refuse to stand for the national anthem – the Chicago Police Department was made aware of a photo with a CPD officer taking a knee while in uniform.

An activist in Englewood – Aleta Clark posted the photo via Instagram. In the caption below the photo, the woman said she walked into a police station and questioned officers if they were against police brutality and if they supported Colin Kaepernick. They responded ‘yes’ to both. The officers can be seen here raising their fists while kneeling in the photo.

According to the caption, Clark asked the officers to take a knee and they did. Anthony Guglielmi – CPD spokesman – said the police department was aware of the photograph and will reprimand the officers.

“We are aware of the photo, and we will address it in the same way we have handled previous incidents in which officers have made political statements while in uniform, with a reprimand and a reminder of department policies,” he said.

RELATED: Jordin Sparks added a subtle message when she sang the national anthem amid protests

According to the department’s code of conduct prohibits officers from participating in an “partisan political campaign or activity.” This past Sunday, the Chicago Bears locked arms during the national anthem while all but one of the players from the Pittsburgh Steelers stayed in the locker room. The Bears released this statement prior to Sunday’s game:

“What makes this the greatest country in the world are the liberties it was founded upon and the freedom to express oneself in a respectful and peaceful manner. Through important dialogue with our players and team, this divisive political situation has unified our franchise for the present and the future,” 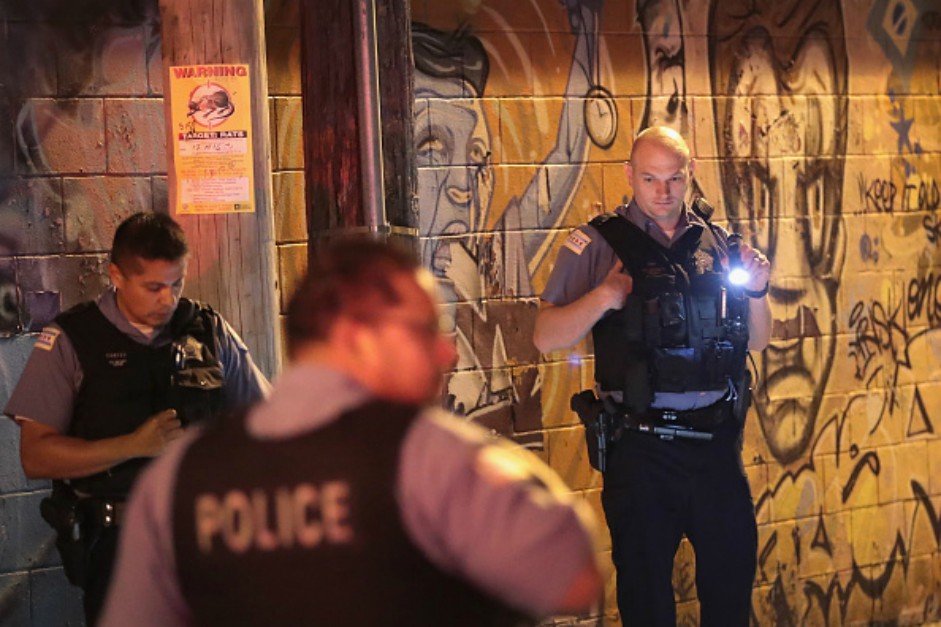