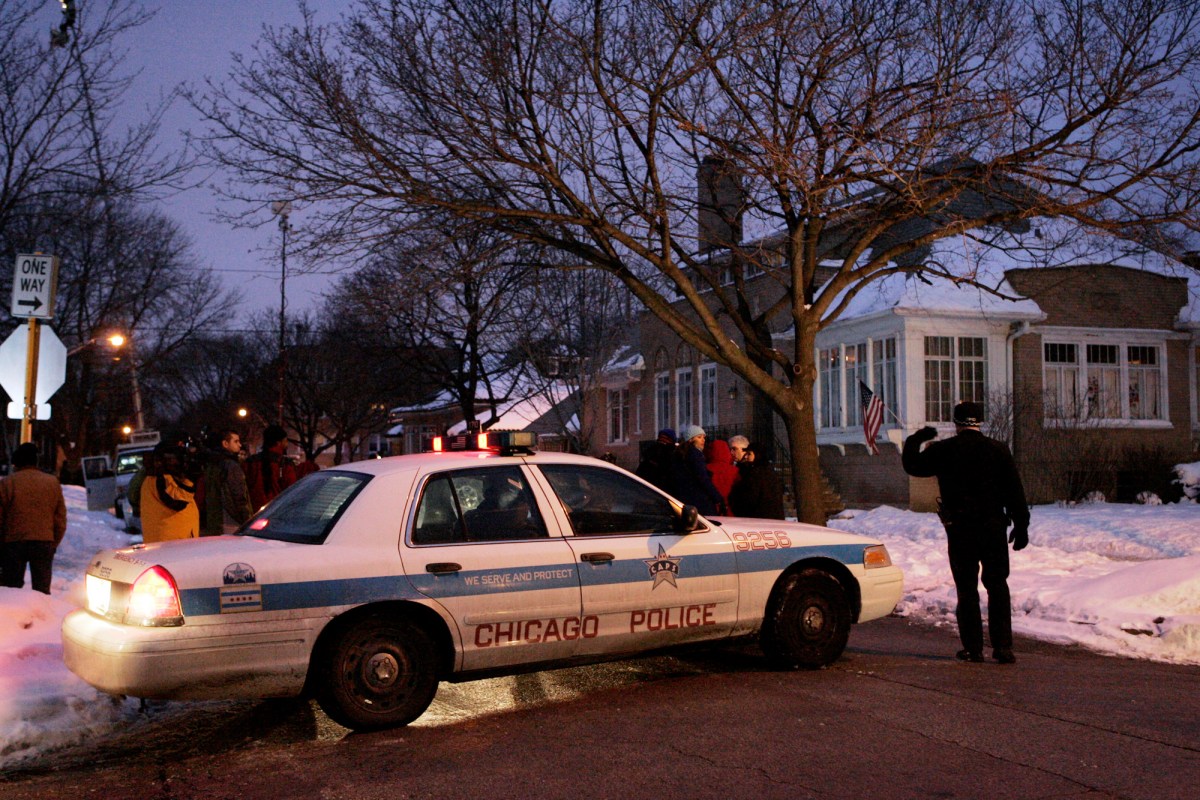 NBC Chicago, reported on the condition of a police officer who was shot during a chase on the Far South Side late Thursday night. The police officer is expected to make a full recovery and the suspect was expected to face charges in the next day or so.

Police Supt. Eddie Johnson said two plainclothes Calumet District officers were on foot patrol around 11:30 p.m. Thursday, when they saw a group of people loitering and ?acting suspiciously? in a parking lot near 95th and Calumet.

Johnson said as the wounded officer was lying on the ground, the gunman continued to fire.

?He shot at the officer, struck him in the hand, the officer went down. While the officer was lying on the ground, this individual continued firing, obviously trying to kill this officer,? he said.

The wounded officer and his partner returned fire, and the gunman was arrested. Johnson said the weapon used to shoot the officer was recovered. After paramedics finally arrived the officer was taken to Advocate Christ Medical Center in Oak Lawn.

?His spirits are good. He should make a full recovery,? Johnson said.

Police spokesman Anthony Guglielmi said the officer was awaiting surgery Thursday afternoon, and likely would stay at the hospital overnight.

Johnson described the gunman as a 25-year-old man who apparently has already been arrested a total 15 times as an adult, with another four felony convictions. The superintendent said the suspect was convicted of illegal possession of a handgun by a felon on parole last year.

?He was sentenced to 4 ½ years in June of 2016. Now here we are in December of 2017, and this individual is out on the streets of Chicago, shooting at my police officers,? he said. ?If this guy would be so brazen to fire at a Chicago police officer, what would he do to the average citizen of this city? That?s why that repeat gun offender bill is so important.?

The bill he is referring to is a legislation the governor signed into law in June, the law encourages judges to hand down longer sentences for repeat gun offenders.

?It?s ridiculous to me that we continue to see the same individuals come out here on the streets and shoot at people; notwithstanding police officers, but just commit these brazen acts of violence in our community, and it has got to stop. We need to pass more common sense gun laws, because we have to give the police the tools, and the good citizens of this city the tools to be safe,? Johnson said.

RELATED: Police found a Springfield weed operation and they thought it was the most elaborate professional plan ever

And just so everyone is on the same page, the officers involved in the shooting were wearing vests and body cameras. Thanks to that bit of proof, the Civilian Office of Police Accountability will review video of the incident as part of the office?s investigation of the police use of force. The officers involved will be placed on desk duty for at least 30 days, per department protocol.

Guglielmi said charges were pending against the gunman, and likely would be filed no later than this Friday.