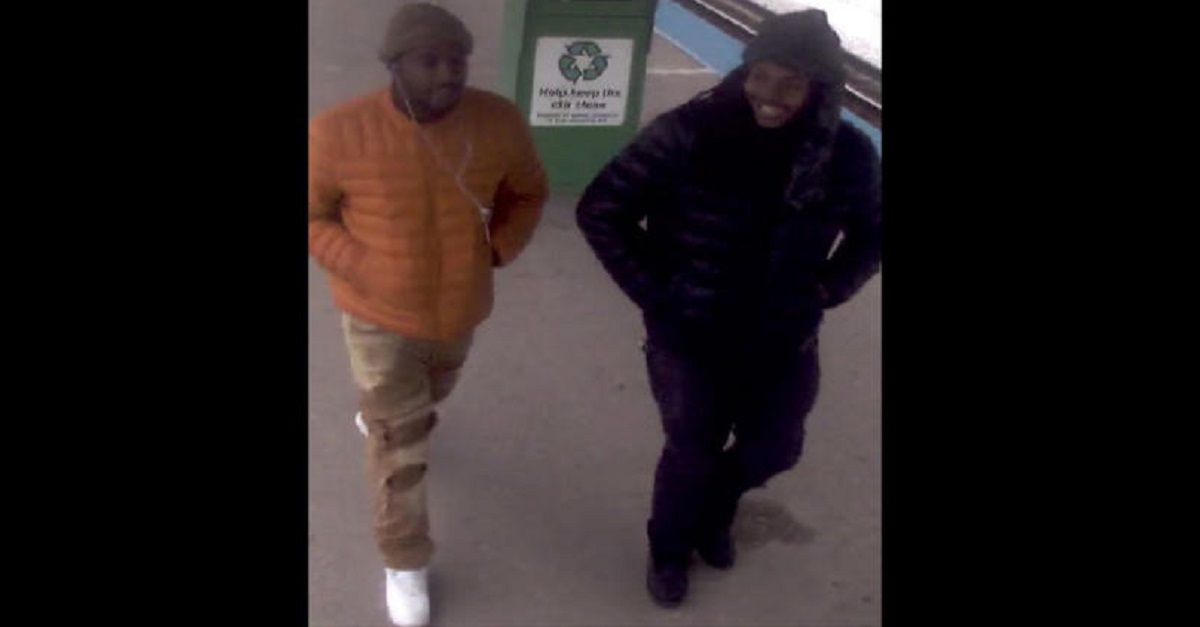 On January 18th at around 2:35 PM, a 54-year-old man in a wheelchair was attacked by two other men near the Medical District Blue Line station.

Police have now issued an alert, as well as a photo of the two suspects. They allegedly “temporarily gained control” of the man’s wheelchair while he was sitting in it. They tried to force him off the train but he resisted.

The man regained control of his wheelchair but the two suspects stole the man’s phone and ran off with it.

The suspects were described as being between the ages of 17-24. The surveillance photos show that one of the suspects has possible facial hair, a medium complexion, wearing a tan cap that covers his hair, an orange puffy jacket, brown cargo pants, and white gym shoes.

The other suspect is also with a medium complexion possibly with dreadlocks, wearing a gray hat, a dark-colored puffy coat, dark-colored pants, and black shoes.

Police ask that anyone with any information about the crime can contact Area Central detectives at 312-747-8384 or submit an anonymous tip at tipsoft.com.

RELATED: Effective on Sunday, CTA fare will increase, what you need to know

While the incident is an alarming reminder to always be aware of one’s surroundings when on the CTA, there are still other uplifting stories that happen on the L from time to time.

Last month, someone generously offered an “expensive” pair of snow  boots and socks to a man who appeared to be homeless that was wearing “tattered gym shoes,” unfit for the brutally cold January weather.