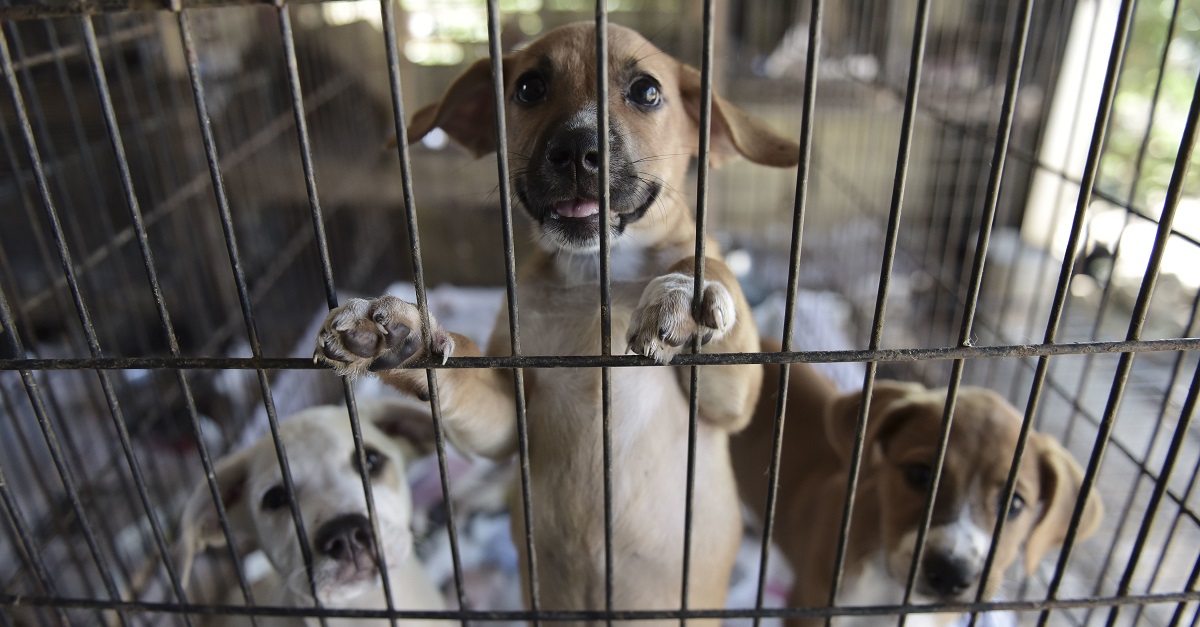 AP Photo/Carlos Giusti
In this Dec. 15, 2017 photo, puppies stand in a cage at the Canita Sanctuary, which houses hundreds of abandoned dogs and cats after it suffered some damage from Hurricane Maria almost three months ago, where they are protected from euthanasia in Guayama, Puerto Rico. Abandoned animals are overwhelming Puerto Rico’s shelters, which were already struggling to cope with the hundreds of thousands of stray animals that were roaming the island even before the storm approached. (AP Photo/Carlos Giusti)

A few months ago, Terri Crotty brought her dog Aflac to the Animal Welfare League in the south west suburb of Chicago Ridge to be treated with parvo, a viral illness found in dogs.

When she picked him up, the dog was in a makeshift oxygen cage in the back of the shelter. She believes the dog developed kennel cough which is normally treatable. But the dog was also given multiple antibiotics and other drugs the veterinarian was not familiar with.

Aflac eventually passed away. During a post-mortem examination at the University of Illinois at Chicago, the vets found more than just kennel cough.

It turns out that Aflac was also suffering from E. Coli found in his lungs, micro plasma, and strep.

Crotty believes that the AWL neglected Aflac which led to him being diagnosed and passing away.

Other people have sent WGN pictures of the situation at the shelter: pigeons freely roaming the kennel, backed up sewage, mouse droppings in cages. Dozens of people showed up to protest these conditions last Thursday evening and Saturday morning.

Linda Estrada, the AWL’s director, defended the shelter, saying that there are regular visits from the pest control company Orkin and other regularly scheduled maintenance work.

But despite this, the shelter has temporarily closed it’s doors for a breakout of the dog flu and all adoptions have been put on hold.

“The Animal Welfare League was founded in 1935 to stop the suffering of animals that seemed common place in Chicagoland. Our founding shelter, located at 6224 South Wabash Avenue in Chicago, still exists today as the only humane society on the south side of Chicago. Our Wabash shelter operates in an economically depressed area and provides valuable services to residents in the area such as shelter and care to homeless and needy animals, low cost clinic services to pet owners on a limited income and no-charge monthly pet food distribution.”

The Chicago Ridge branch opened in 1974. Their motto is “recovery is the answer, not euthanasia” for animals that come to us injured, neglected, or abused. In addition to providing homes for animals, their mission statement proclaims preventing cruelty to animals and relieving the suffering of all animals.

The AWL posted a video on their Facebook page about the current state of their facility.