The aftermath of Hurricane Maria and Hurricane Irma are still being felt throughout the country. As thousands of more Puerto Rican residents pour into Chicago, parents are breathing a sigh of relief when it comes to the continued education of their children.

According to WGN9, around 200 juveniles who escaped the disaster on their home island of Puerto Rico are now beginning school in Chicago for the second semester curriculum. The goal was of course to get these kids enrolled in public schools as soon as possible so they wouldn’t fall too far behind.

One man was just now joined by his wife and daughter. Miguel Huerta was finally joined by his wife Luz and their 17-year-old daughter Emily. The two brave women recently left their hometown in Puerto Rico, where they still have no electricity, water, and school remains suspended. But Emily arrived just in time to enroll at Clemente High School, where she will begin taking classes on Tuesday.

Her father actually works for Clemente’s Safe Passage program, so the family was truly in luck.

Another family who just arrived to Chicago from the island is single mother Maria Ruiz. She has two sons, ages 7 and 9, enrolling them in a good school is at the top of her to do list. She spent the holiday weekend filling out forms and completing paperwork so they may begin school on Tuesday or Wednesday.

Her children are equally eager to begin their new school year, and a surprise visit from the mayor made it all more exciting.

On his way to a press conference Mayor Rahm Emanuel paid a visit to Clemente at the Humboldt Park community center.

“Young men and women have already enrolled in Clemente High School,” the mayor said. “That’s happening in elementary throughout the city and community colleges to ensure that seamless transition.”

The Humboldt Community center is currently also acting as one of the Hurricane Maria relief centers. It is also the place where the victims can get everything and anything they need to start over. They have information and immediate housing, shops for food and clothing, and the official signing up for public schools and enrollment.

“We can connect with the individual schools. We also waive fees. Waive fees, provide them with uniforms and supplies health screening, get them in the classroom asap without any hurdles,” Forrest Claypool, CPS CEO, said.

RELATED: 3 amazing shows that are also donating to Puerto Rico

Having their homes destroyed and basically the life they have known for so long in Puerto Rico, means starting over from 0, which is not only intimidating but also a daunting task. Luckily the Windy City has made it easier for refugees to feel at home.

“I love this city. This is a nice city,” Huerta said. 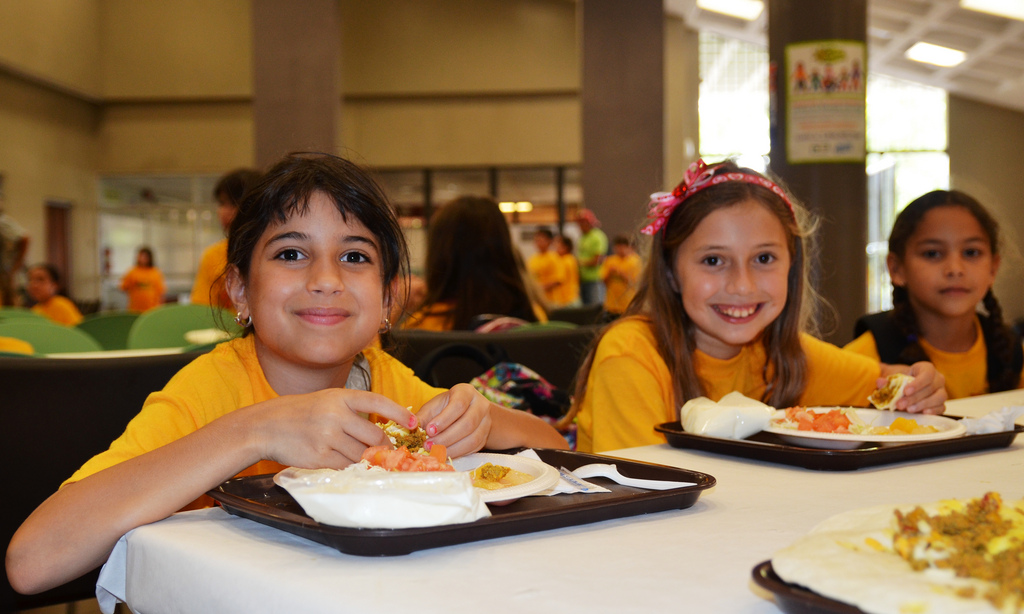