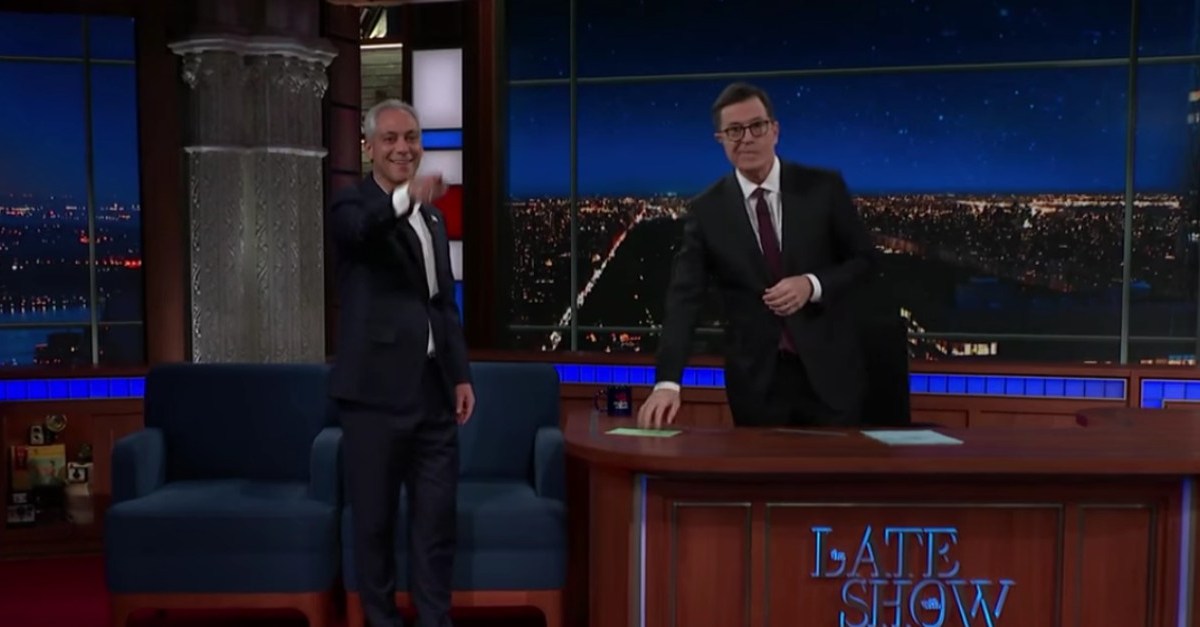 On Monday, Mayor Rahm made his first appearance at “The Late Show with Stephen Colbert” and preached on how Chicago opens its arms to immigrants and closes its doors to Trump.

Matt Damon kicked off the night, followed by Rahm himself who sauntered to his seat while pointing to audience members and reveling in the crowd’s attention before his segment.

Emanuel talked about his “Chicago Stories” podcast, inviting Colbert to be a guest – to which he immediately declined. Colbert then asked a series of rapid-fire questions that Emanuel asks his podcast guests and they were fluffy, safe and very-non controversial.

Rahm then left on a firm note when asked by Colbert his thoughts on Trump’s announcement last week on the U.S. now considering Jerusalem to be Israel’s capital.

?It?s bad policy. The fact is, for a whole host of reasons, you do not want the United States in the middle of negotiations about a two-state solution. You know, my father is from Israel, (I have) been to Israel, my son?s been bar mitzvahed there ? this is not what a president should be doing,? Emanuel said. ?Not only do I not think he should do that, my bigger worry is that he?s now also moving the nation?s capital to Alabama.?

Watch the whole exchange below: