On Tuesday, Rahm Emanuel grilled the Trump administration for suggesting that strict gun control laws would stop mass shootings in the light of Vegas – killing 59 people by pointing the finger at Chicago.

“I really do wish that once in this administration they would take responsibility and accountability for something,” Emanuel said after a planning exercise to ensure the Chicago Marathon runs smoothly on Sunday.

“Chicago’s gun laws are no different than New York and Los Angeles,” Emanuel said. “What is different is New York is right next to New Jersey and Connecticut, which have similar gun laws. We are next to Indiana and Wisconsin.”

“If you really want a gun, you can just drive over the Indiana border, and get whatever you want,” Emanuel said. “That is why you need national gun legislation that prevents gang members or criminals from getting their hands on an assault weapon that is not meant for the streets of any urban center.”

RELATED: Rahm does what Trump hasn’t for the people of Puerto Rico

A 2014 report showed that the majority of Chicago’s illegally owned guns are coming from out of state. Trump frequently took aim at Chicago’s gun laws and its violence while on the campaign trail last year.

According to a 2014 report, it was shown that the majority of Chicago’s illegally owned guns come from out of state. Trump repeatedly hit Chicago’s gun laws and its violence back on the campaign trail last year as well. And after Sarah Huckabee Sanders stated the White House would not touch on gun laws and then immediately brought up Chicago, U.S. Rep. Robin Kelly (D-Ill.) clapped back on Twitter, pointing out where the city’s guns come from.

“More than ½ of #CHI crime guns come from outside IL, mostly from @VP’s IN & @SpeakerRyan’s WI. This is a reality,” Robin tweeted to Sanders. 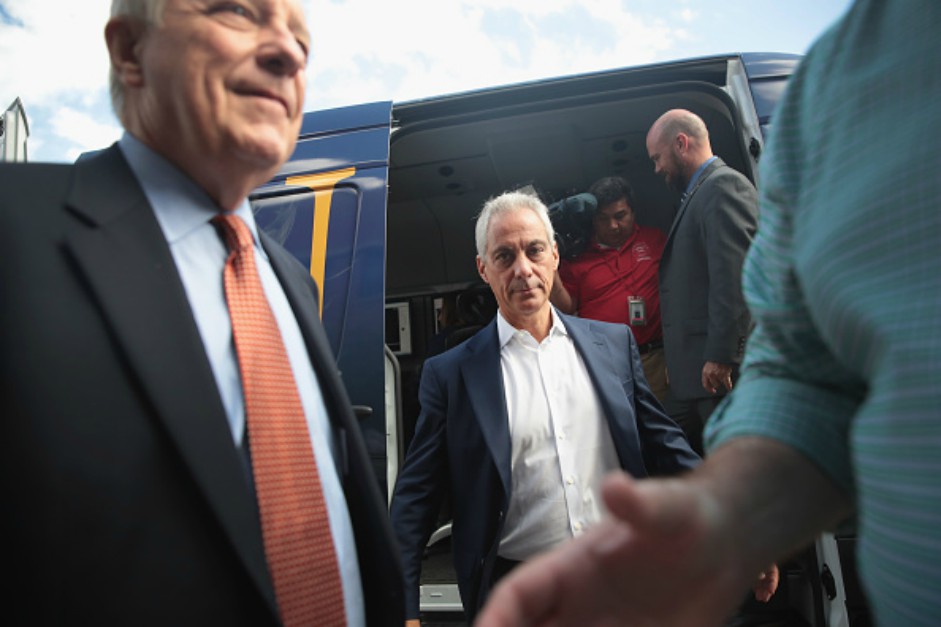