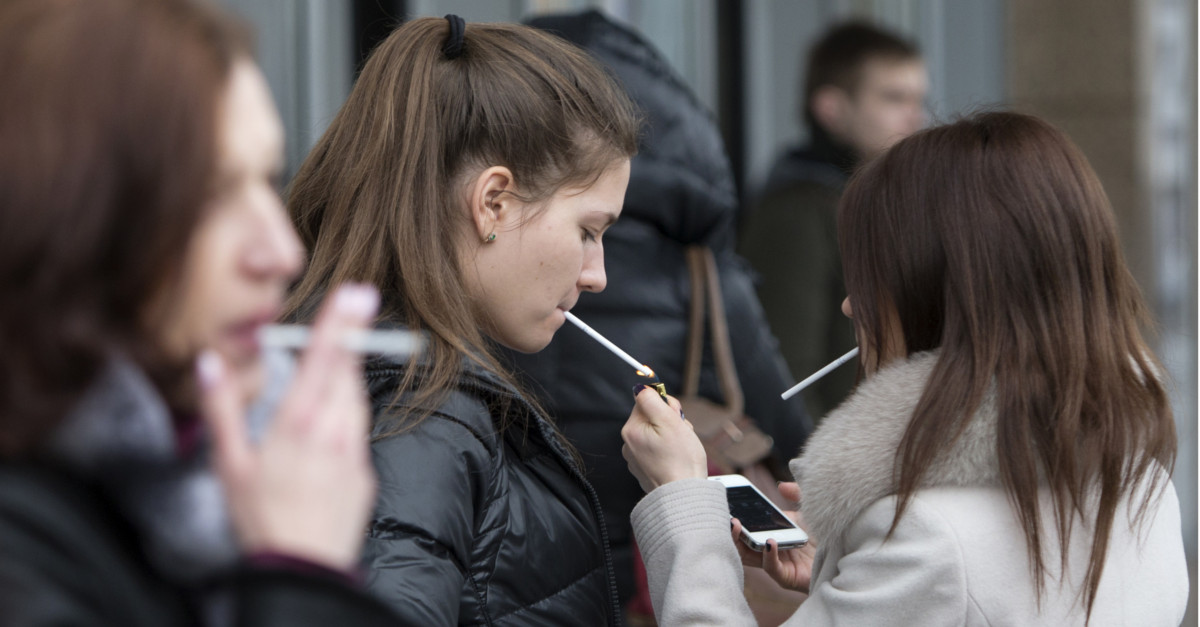 The city announced on Monday that a record low 6 percent of Chicago high schoolers reported smoking cigarettes in 2017.

The news outlet reports the drop in teen smoking can be accredited to Chicago raising the minimum age of buying tobacco products from 18 to 21 back in 2016.

RELATED: No smoking! Prince Harry makes the ultimate sacrifice for the love of his life Meghan Markle

According to the Sun-Times, the report also included data from the national Youth Risk Behaviors Survey according to Health Commissioner Dr. Julie Moriat – which asks students about behaviors such as tobacco use. Morita attributed the drop in teen smoking to multiple factors including the increase in minimum age to purchase tobacco as well as the city’s high cost of tobacco products and marketing campaigns against tobacco use.

According to Health Department spokeswoman Anel Ruiz said the city has allotted $2 million of e-cigarettes e tax revenue to be used for four new school-based health center by 2019. The centers according to the news outlet will provide primary care to CPS students and the community, including a center at Steinmetz College Prep, centers in development at Drake Elementary and Chicago Vocational Career Academy, as well as a center planned for Englewood Community High School. The report also shows the decrease among 18 to 20-year-old residents from 15.2 percent in 2015 and 9.7 in 2016.

RELATED: A man asked a group to stop smoking marijuana, and their cruel response was caught on video

Mayor Rahm said halting youth tobacco use has been a personal as well as a professional mission for him as he watched his own mother struggle with smoking growing up and when he worked alongside then-President Bill Clinton as he took on major tobacco companies.

“I’m satisfied that the policies and the changes we made to take on the tobacco companies and protect our kids are showing results,” Emanuel said to the Sun-Times. “I set out a goal back in 2011 that we wanted to actually create the first tobacco-free generation. And we can see the goal line now for the first time. It’s within reach.”