Illinois’s Rod Blagojevich speaks out five years after his sentence 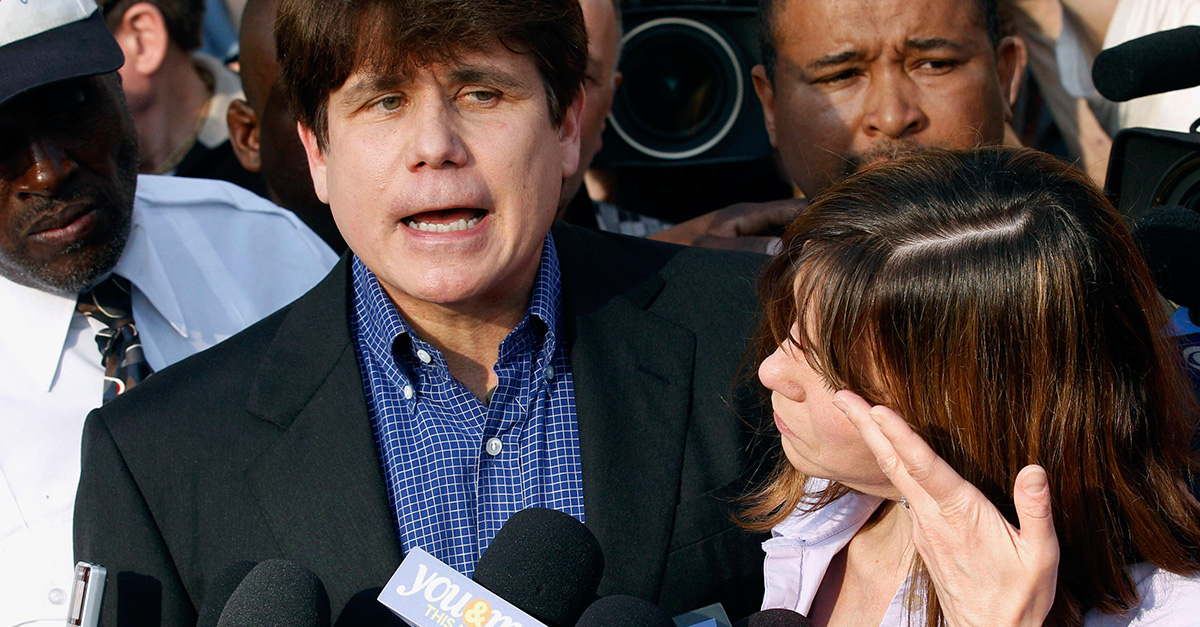 AP Photo/M. Spencer Green, File
FILE - In this March 14, 2012, file photo, former Illinois Gov. Rod Blagojevich speaks to the media outside his home in Chicago as his wife, Patti, wipes away tears a day before reporting to prison after his conviction on corruption charges. An appeals court Tuesday, April 18, 2017, heard oral arguments on whether Blagojevich should get a third sentencing hearing. The hearing came more than five years after a lower court imposed a 14-year sentence on 18 corruption convictions. (AP Photo/M. Spencer Green, File)

Those are the words Rod Blagojevich, the former governor of Illinois, used to describe his first summer in prison in an recent interview with Chicago Magazine.

Five and a half years later in his prison sentence for political corruption, he is giving his first exclusive interviews with NBC 5 and Chicago Magazine.

This marks his sixth year at the federal penitentiary in Denver known as FCI Englewood. The former two-term Illinois governor still maintains his innocence and continues to manage himself to not become bitter about his past.

RELATED: The daughter of a disgraced Illinois governor just accused former President Obama of having blood on his hands

?I take one day at a time and I have a purpose,? Blago says. ?My purpose is very strong that I have to be strong and deal with this affliction and accept the fate that?s been assigned to me.?

During a two-part conversation with NBC 5, the former governor spoke of his family and his pursuit to set the record straight with yet another appeal to the United States Supreme Court.

?What sustains me during this very difficult long hard trial is the love I have for my children and my wife Patti,? Blago says. “My kids can see from both of their parents that when adversity enters their life, when your calamity comes on like a whirlwind, and just about everything?s been taken from you, that you don?t quit—you keep going and you draw from the hardest suffering the inspiration to carry on.?

Blagojevich resides at a lower-security facility in the “camp” at the Colorado prison, where a bit more freedom is given but he still stares down a 14-year sentence with a release date in 2024.

While Blago is correct, the government was never able to prove that he, in fact, took any money. Yet the case drew worldwide attention, creating Blago as an icon for political corruption. The U.S. Attorney’s office in Chicago is prepping to vigorously fight yet another Blagojevich appeal

?All I?m asking for is–apply the law,? Blago says. ?And if you apply the right law, I didn?t cross the line.?