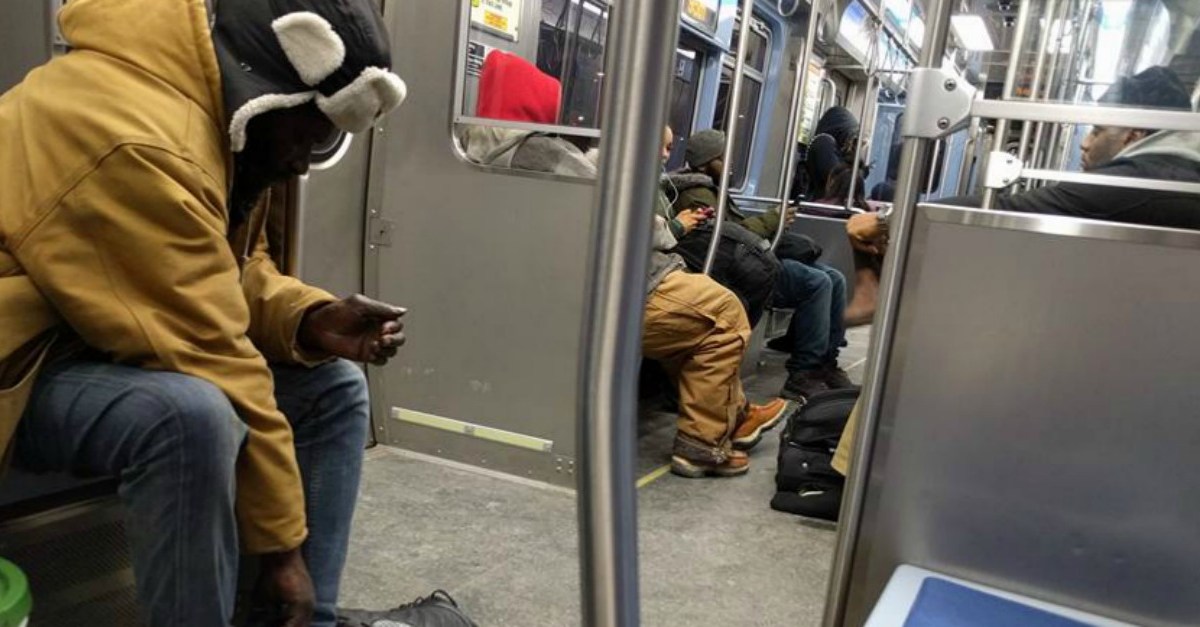 Last week, a woman’s touching Facebook post went viral after she witnessed a good Samaritan take off his winter boots and hand them to a homeless man as they both rode on the CTA Red Line.

According to a WGN report, Jessica Bell shared to Facebook on Jan. 12 that as she was riding the Red Line home from work, she saw a man who appeared to be homeless wearing “tattered gym shoes” and several pairs of socks, a combination not fit for Chicago’s brutal temperatures.

RELATED: Effective on Sunday, CTA fare will increase, what you need to know

Bell, according to the news outlet, said a younger man who was sitting nearby took a pair of “expensive? black snow boots off his feet and proceeded to hand them over to the man, paired with a new set of socks he had pulled from a suitcase.

Bell continued to share that the young man put on a spare pair of shoes from the suitcase which were also nice shoes but not as nice as the boots — and those shoes could have fit the old man as well but they were not what the old man needed.

Bell wrote that the young man told him to clean his feet first and to make sure he changes into the new socks as soon as he can before he stepped off at 87th. Bell says she was ?floored? at seeing such generosity.

?I love that in a time and place where hate and apathy are rampant, quiet compassion appears without warning,? Bell posted.

According to WGN, the man mentioned in the story has not been identified and Bell’s account has not been confirmed.

To read the full post, scroll on below. Misty-eyed you will be I tell you, misty-eyed.