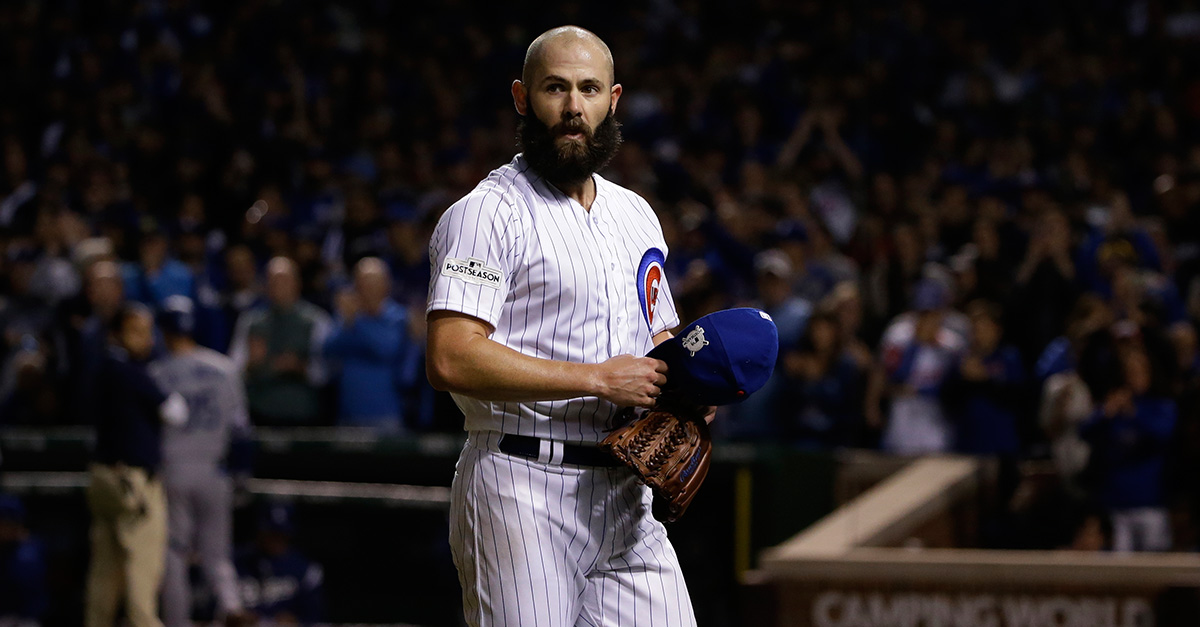 Back when Jake Arrieta entered the 2017 season without so much as a contract extension, most Cubs bystanders figured the right-hander was done for.

Now that free agency has begun, there’s little talk of Arrieta returning to the North Side. So is this still a possibility, and if not, why?

“If you ever want to position a franchise economically to be where they are, they may have increased their franchise value by a billion dollars in three or four years,” Boras said at the general managers meetings. “And they have a new TV contract coming up, and they have this amazing group of everyday players who are young and gifted. They have all these choices. … The amount of money that’s rolling in, the revenues annually and in the future, the Cubs can do whatever they choose to do in this free-agent market and the next ones.”

“And to not ave championship pitchers on your team? There aren’t many of them. There are (none) with the championship numbers of Jake Arrieta in this market. We know that. And we have seen what great talents do in the postseason. Some do very, very well. … And others in that environment, with great ability, do not do anything near that. Always in this game you have to seek and pay for value, and the goal is to win now. This is a now-winning team.”

Boras pointed to Arrieta’s performance in the 2016 World Series, during which he won two games, including an elimination game.

We so shall see what Jake’s fate is. What we do know is that Cubs fans will be waiting in the stands, biting their nails for the end game.