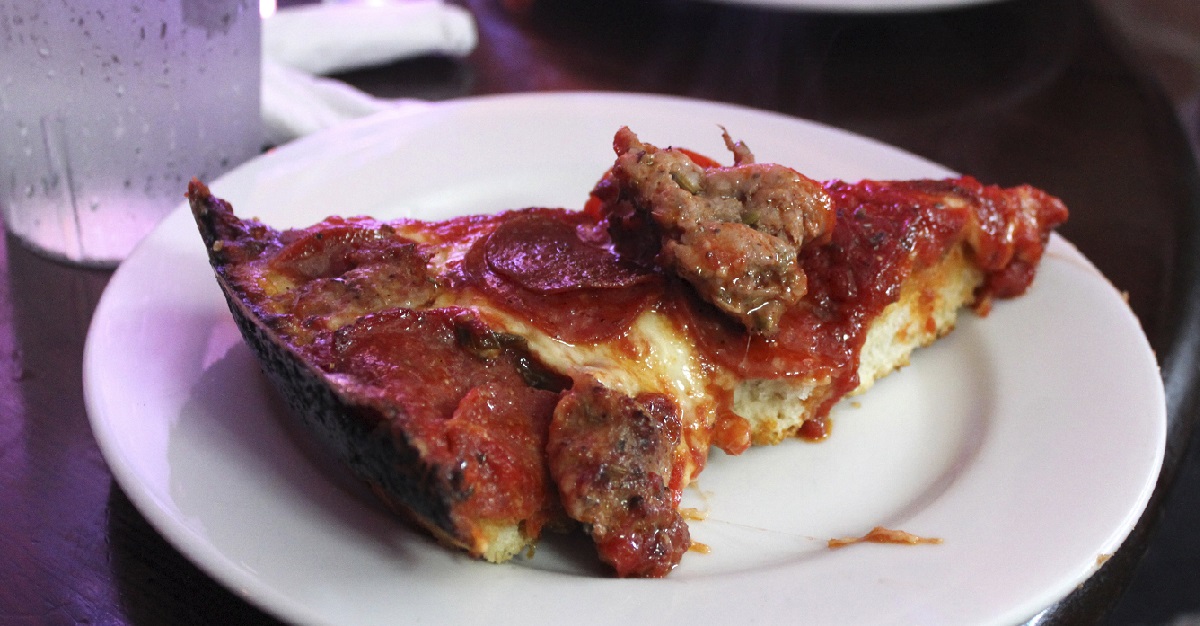 AP Photo/Caryn Rousseau
In this Sept. 5, 20143 photo, a slice of deep-dish pizza is shown at Pequod's in Chicago. Chicago is one of a handful of cities across the country, like Boston, Milwaukee and New York, with companies that offer tours of the local pizza scene. (AP Photo/Caryn Rousseau)

The question that seemingly has no answer finds Sean Evans, Chicago native and host of Hot Ones on Youtube, to try to determine which city has the better pizza.

RELATED: The dumpster was locked, so 3 bears broke through a drive-thru window for pizza

The two dined at Emmett’s, a deep dish joint in the heart of Manhattan run by a Chicago native, and gets the seal of approval from Evans himself.

Mayhem and Evans discussed a bit of their backgrounds, both taking pride in where they’re from, but Mayhem proclaimed his love of both cities, saying he’ll sport a Jordan jersey at a Knicks game and gave a shout out to the Purple Pig and Lou Malnati’s in Chicago.

Then it’s time for the two to get into, as Evans puts it, “the food debate that has caused black eyes and hurt feelings for centuries.”

Mouth-watering video, Evans’ enthusiastic descriptions, touting the truth that is left-over deep dish, and even introducing the rest of the world to Chicago-style thin crust (gasp!) make for an entertaining watch.

RELATED: This dip will be your new favorite way to serve pizza

So who wins? Check out the video and find out for yourself: