Sen. Tammy Duckworth criticizes Trump’s comments about Democrats response to his State of the Union address 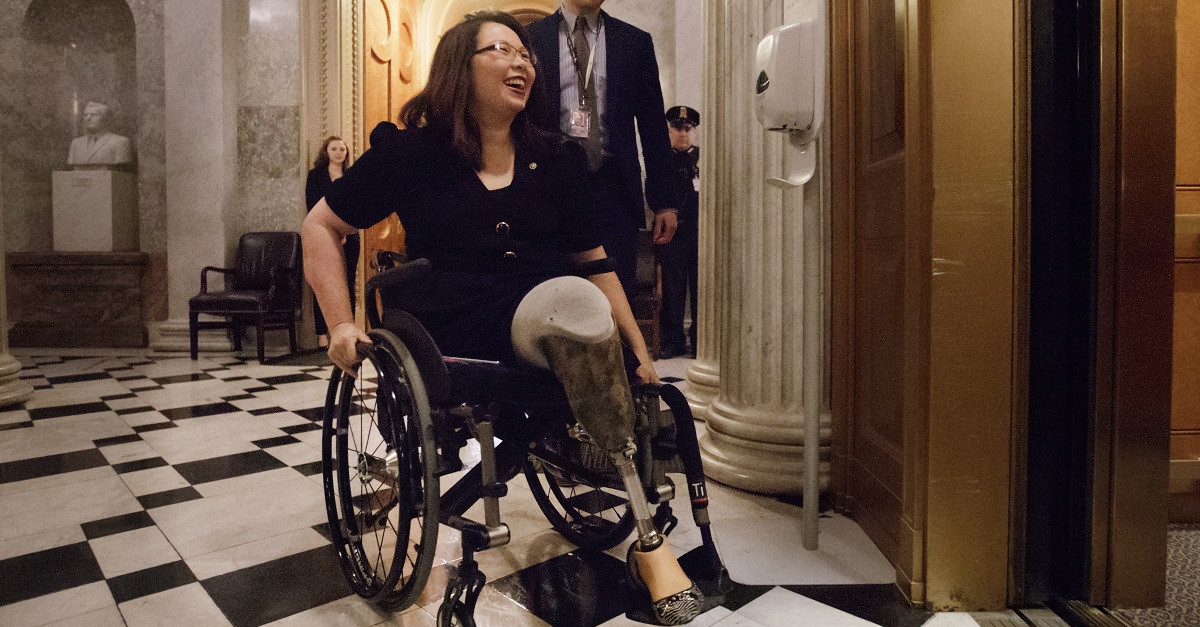 A week after the State of the Union Address by President Trump, he still wasn’t happy with the Democrats response to his speech. At a speech in Ohio, he suggested that not clapping for him could possibly be considered treason.

And he didn’t stop there. “Somebody said, ‘treasonous,’” Trump mused. “I mean, yeah, I guess, why not? Can we call that treason? Why not?”

Well, Sen. Tammy Duckworth had a quite a few tweet responses of her own on Monday.

Thankfully, there are better quotes from better Republican Presidents. Here’s one from Theodore Roosevelt—a Republican who earned the applause he received—that Trump might want to consider pic.twitter.com/WAhvB23zGJ

Sen. Duckworth is growing accustomed to some of the nicknames she has for the President.

“I spent my entire adult life looking out for the well-being, the training, the equipping of the troops for whom I was responsible,” Duckworth has previously said in response to Trump blaming the recent government shut down on the Democrats’s lack of concern for the U.S. military.

I will not be lectured about what our military needs by a five-deferment draft dodger. https://t.co/gR3EbhGxBs

“Sadly, this is something the current occupant of the Oval Office does not seem to care to do. And I will not be lectured about what our military needs by a five-deferment draft dodger,” she added.

Duckworth even pointed out the literal definition of treason provided by the Constitution instead of waving it around like a toddler with a loaded pistol.

In case Trump doesn't have a Constitution handy, I went ahead and found the definition of treason from Article 3 for him: pic.twitter.com/q30gzNzjLG

RELATED: Tammy Duckworth is about to be the only US Senator to ever achieve this accomplishment

Naturally, Trump deferred to the argument that he was being “tongue-in-cheek” with his treason comments, according to a White House spokesperson Hogan Gidley.

Gidley said that the President was trying to make the point that all Americans should be celebrating the positives that are happening in this country, regardless of political ideology.

When not sarcastically mocking Democrats, Trump has recently become taken with the idea of hosting a military parade, a move that would unnecessarily cost millions of dollars to transport vehicles at a time when military spending is already a hot topic of debate.